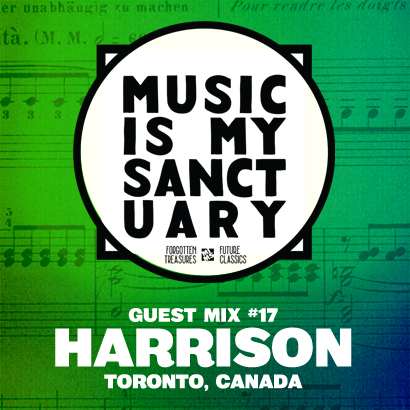 Very happy to present a new mix part of the MIMS Guest Mix series. This one comes from HΛRRISON an up and coming producer from our good neighbours in Toronto!

via IStoleTheSoul: “The 18-year old, Hip-Hop/Future Funk/French House-inspired HΛRRISON has a bright future. Having already built a strong following on Soundcloud, he’s drawn comparisons to Onra (one of his favourite producers) because of his flare for taking “cheesy” 80s vocal samples and layering them over hard hitting 808s and other synthesized sounds. His live PA set gets the blood pumpin’ and booties shakin’.

Currently, HΛRRISON has five free digital releases to his credit including his latest EP, When It’s Bright, which features his first official single/video “City Lights” directed by Reynard Li.”