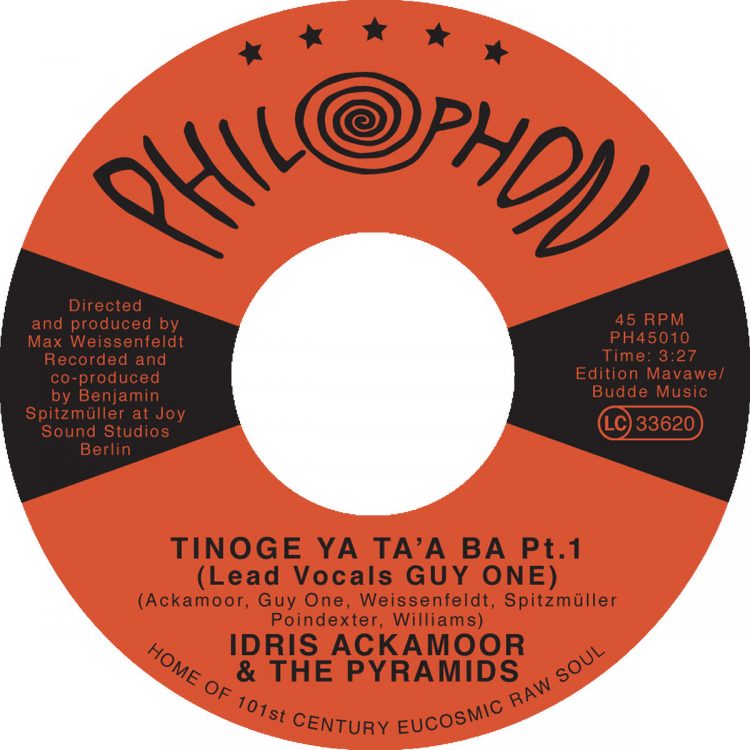 via Philophon Records: 2016 was the year for Idris Ackamoor & The Pyramids.

Their album “We Be All Africans” (produced by Philophon and released on Strut) vaulted them among the global top acts of the current Spiritual Jazz renaissance. The strength of the group is its deep connection to Africa: not just that their music is inspired by the spirit of Africa, but they actually founded themselves on an extended trip to the Motherland in 1972.

On that trip Idris Ackamoor visited the tiny town Bolgatanga in Northern Ghana to play with local Frafra musicians – an experience which changed his life. Now, after 45 years, Idris dives once more into the magical music of the Frafra people by teaming up with master musician Guy One, a vital Kologo artist in the music scene of Bolgatanga. On “Tinoge Ya Ta’a Ba” Guy One sings about the power of unity – a unity you hear clearly on this Afro-Euro-American cooperation: a driving rhythm, a eulogizing saxophone, a gripping voice and in total a journey into another dimension. 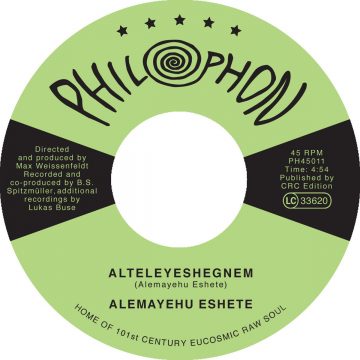