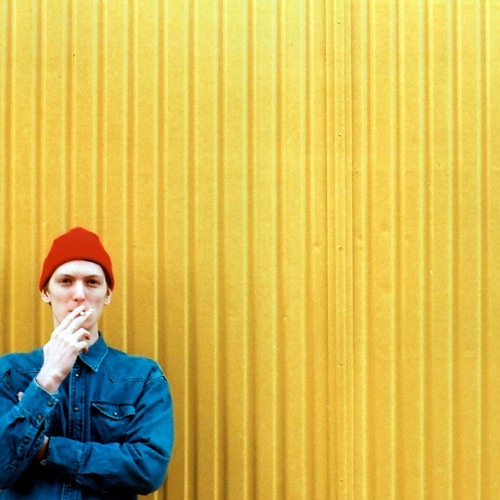 Moscow’s Phil Gerus is a natural musical talent who oozes sound from every pore. Fusing together cassette pop, house, soul, r&b and funk, his sounds are effortless but hugely emotive and have come out on labels like Sonar Kolkektiv, ManMakeMusic, Symbols and FuseLab.

Italy’s Jolly Mare ‘Mechanics’out 8th April via Bastard Jazz Recordings Fabrizio Martina, the man behind Jolly Mare, is a multi-instrumentalist and champion turntablist, with a master degree in Mechanical Engineering and a PhD in Vibration Dynamics under his belt. Nicknamed ‘ the new face of Italian disco’ , he’ s currently a full time producer and DJ, taking part in festivals across Europe from Sonar to Harvey’ s Discotheque Stage at Bestival.

Get your free DL right here.

A graduate of Red Bull Music Academy in New York, he has opened acts from Masters at Work to Roy Ayers, worked with the likes of Soul Clap and Thundercat, and has already been featured in the likes of Pitchfork, Mixmag and Okayplayer with his dream-like brand of electro-funk, disco and house. Jolly Mare’ s debut album “Mechanics” was conceived as a conceptual journey through the mechanics of groove and the dynamics of love.

Featuring dew-eyed disco jams, Jolly Mare takes you on aural journey through a blackhole of futuristic funk and fresh, twinkling midnight beats -complete with crunchy, choppy bass riffs and plenty of jazzy synth action that’ s bound to have you up and dancing. Nowhere is this more evident in album opener ‘ Hun’ with its breezy, rolling pulse and ‘ Hungry Angry’ with its slow laser descent into an earthy, gritty guitar groove. Here’ s what Jolly Mare has to say about the mechanical concept behind the album:“Digital years come with misconceptions about rhythm and groove. A ball bouncing on the floor without gravity and friction could go on endlessly. A drum pattern looped into a DAW can be infinitely repeated…forever…generating nothing but alienation to the listener. But once hidden driving forces begin to act, the game comes to life. The ball starts jumping less on every repetition, and drums played by a real drummer transmits something entirely different on every bar and rhythm becomes groove. Same with the relationship between a man and a woman: without romantic entanglements, this can be a sterile, impersonal interaction. It’s love that gives anything meaning.

”‘Mechanics’ is out 8th April via Bastard Jazz Records.