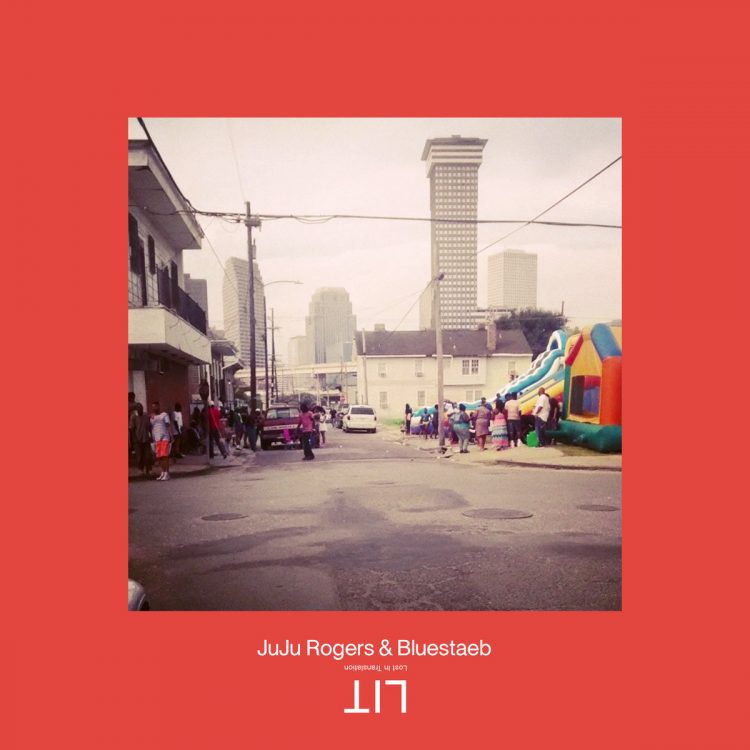 via Jakarta Records: “LIT is a snapshot of Bluestaeb und JuJu Rogers’ musical endeavors in Fall 2016. Both had a successful 2015 & 2016 with highly acclaimed albums and a European support tour of Oddisee for JuJu Roogers.

Both musicians are working on new solo albums and both of them are not happy with having the “boom bap” stamp forced on them. Their perspective is about progression, live music, changing the formula and going new ways. This doesn’t mean that they’re blindly following trends but to question and adapt one’s own formula. In the case of lit it means adding live musicians to the equation, going for a sound that refines the direction they took on their previous releases.

With regard to content, JuJu’s raps on the project deals with the important questions of our time. The trend word „lit“ becomes „LIT“, an abbreviation for “lost in translation” and a metaphor for the disconnection from trends of our society in general and hip hop especially. Racism, police brutality, gangsta rapper turning activists while still following a pattern of hate and destruction. Bluestaeb’s productions fluctuates from soulful and smooth to raw and gritty without sounding redundant or interchangeable.

Be on the lookout for Bluesteab’s and JuJu’s solo albums dropping in 2017.

“This record is dedicated to the wretched of the earth. The weak and poor. To the people all around the world less privileged than us who are forced to live under even worse circumstances. The criminalized, racialized and marginalized people of this planet. RIGHT ON! ALL POWER TO THE PEOPLE!”