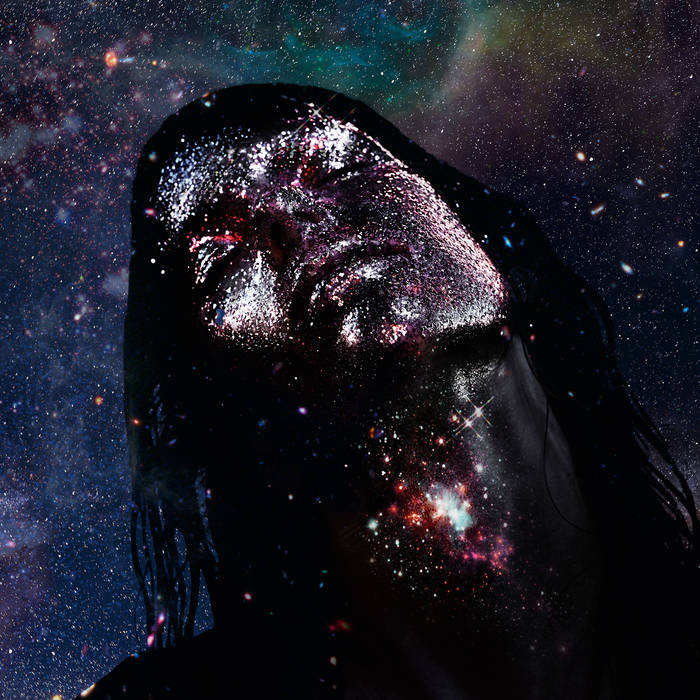 via Boomkat: Retro-futurist prog-pop made on modular synths.

In 2017, the musical term “electronic” is nearly obsolete given the ubiquity of computerized processes in producing music. Even so, the prevailing assumption is that musicians working under this broad umbrella must be inspired by concepts equally as electrified as their equipment.

Kaitlyn Aurelia Smith has demonstrated in her still-blooming discography that this notion couldn’t be further from the truth, and that more often than not, rich worlds of synthesized sound are born from deep reverence of the natural world. Smith (who by no coincidence, cites naturalist David Attenborough as a contemporary muse) has embodied such an appreciation on “The Kid” in as direct and sincere a way as possible by sonically charting the phases of life itself. The album, which punctually follows up her 2016 breakthrough “EARS”, chronicles four defining cognitive and emotional stages of the human lifespan across four sides of a double LP.

The first side takes us through the confused astonishment of a newborn, unaware of itself, existing in an unwitting nirvana. Smith’s music has always woven a youthful thread befitting of the aforementioned subject. Here she articulates it in signature fashion on the track ‘An Intention’, which serves not only as a soaring spire on “The Kid”, but on her entire output. There is playfulness here, but it’s elevated by an undertone of gravity into something compelling and majestic that is fast becoming Smith’s watermark. The emotional focus of side two is the vital but underreported moment in early youth when we cross the threshold into self awareness. The subject is profound enough to fill an entire album, but rarely makes its way into a single track, indicating Smith’s ambition to broach subtler and deeper subjects than the average composer. This side offers up another highlight in the form of ‘In The World But Not Of The World’ which serves its subject well with epiphanic, climbing strings and decidedly noisy textures over a near-Bollywood low end pulse.

Side three emphasizes a feeling of being confirmed enough in one’s own identity to begin giving back to the formative forces of one’s upbringing, which is arguably the duty that all great artists aim to fulfill. This side ends with the exploratory album cut ‘Who I Am & Why I Am Where I Am’ recorded in a single take without overdubs on the rare EMS Synthi 100 synthesizer. This humble piece of sound design serves as a contrast to side four’s verdant orchestral moments, all written and arranged for the EU-based Stargaze Quartet by Smith herself. This final side represents a return to pure being, the kind of wisdom and peace that eludes most of us until the autumn of life. On ‘To Feel Your Best’ this concept is voiced in the bittersweet refrain “one day I’ll wake up and you won’t be there” which Smith intended to be a grateful acknowledgement of life rather than a melancholy resentment of loss. The song has both effects depending on the mood of the listener, and both interpretations are equally moving.

Kaitlyn Aurelia Smith belongs to an ilk of modern musicians who are defined by their commitment to creating experiential albums despite the singles-oriented habits of modern listeners, and here she represents her kind proudly. The subjects on “The Kid” are not simple to convey, and yet through both emotional tone and lyrical content, Smith does just that. There is a similar gravity to both birth and death, and rarely is that correlation as accurately and enthusiastically mapped as it is here. As Kaitlyn Aurelia Smith explores her existence through music, she guides us in gleefully contemplating our own.