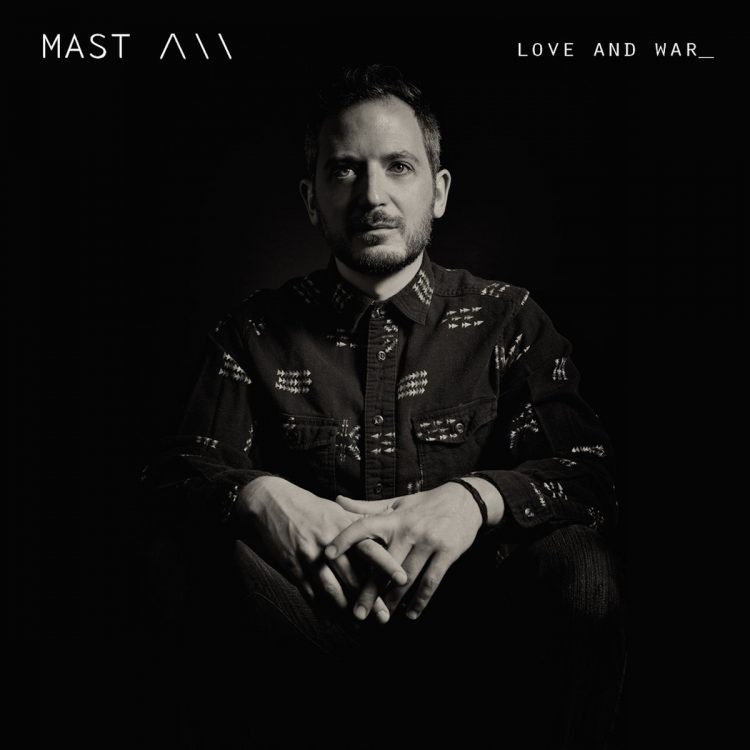 “Love and War_” is a highly conceptual and deeply personal new work based on jazz trained multi-instrumentalist MAST aka Tim Conley‘s eventful love life over the last 2 years.

Set up as a three Act Play structure (traditionally the Setup, the Confrontation and the Resolution) Love and War_ is 17 intense and unique compositions each flowing into the next with recurring musical themes or “characters.” Conley tells the story of (Act 1) finding love and the beauty and naivety that comes with exploring something new; (Act 2) losing that love due to her substance abuse, deception and Conley coping in unhealthy ways; (Act 3) learning to let go, heal and ultimately find a much deeper lasting love. The tone Conley sets is sometimes sarcastic, other times vulnerable and intimate, yet always musically intense and profoundly visual.

Mixed and mastered by the luminary Daddy Kev, who was recently nominated for a Grammy for his production work with Kendrick Lamar and Flying Lotus. Daddy Kev is known as co-founder of the legendary “Low End Theory” club night, label head of Alpha Pup Records and directly responsible for the rise of the LA beat scene which includes Flying Lotus, Thundercat and Kamasi Washington.

Sonically, Love and War_ is mostly instrumental compositions consisting of rousing electronic elements perfectly intertwined with live guitar, keyboards, bass and drums. It’s performed and produced by Conley, along with some of the world’s leading Instrumentalists and vocalists. Keyboardist / producer Taylor McFerrin appears hot off the release of his latest on Flying Lotus’ Brainfeeder label. Both LA transplants, Conley and McFerrin have been friends and musical acquaintances for over 10 years since their time in NYC and Philly during the early 2000s.

Another musical guest is drummer phenom Makaya McCraven. While Tim was on tour supporting Beirut last year, he invited Makaya to perform with him at a club night in Chicago and again at a music night Tim hosted in LA. The two completely hit it off. Both Makaya and Tim were are at home improvising with live electronics and traditional instruments and this interplay can be heard on track 16 (‘The Liberation’) with Conley on guitar and McCraven on drums. The eighth track on the album (‘The Night Drive’) will stop you dead in your tracks with the high energy virtuosity of Tim Lefebvre. Lefebvre is one of the most sought after bassists in the world, propelled even more after his work on the final David Bowie album Blackstar.

The young fire of drummer Louis Cole is also featured on a track (‘On The Prawl Again, Again’). Louis is best known for his duo electronic project Knower and his work with Snarky Puppy. The Philly based 10 piece jazz outfit The Fresh Cut Orchestra normally includes MAST as a member on guitar and live electronics. All 10 members of the Fresh Cut Orchestra can be heard exploding on the sonically charged and intensely titled ‘She’s Chasing the Dragon,’ which sets up Act 2 about an ex girlfriend of Tim’s struggling with heroin addiction.

One of the pinnacle points of the Love and War_ story comes late in Act 3. ‘Me and You’ features the sultry and powerful vocals of singer Andrée Belle. Tim wrote the entire Act 3 about Andrée after they met and fell in love, essentially completing the Love and War_ story on a positive high note. Andrée’s mystical and personal lyrics describe their deep musical and physical connection as artists, lovers and partners.

Composing and creating Love and War_ was an efficacious way for Conley to heal and grow but he was very reluctant to share such a personal story so transparently. Through this vulnerability, he hopes that whatever anyone else’s Love and War_ story happens to be, to learn their own life lessons, find the humour in it and always trust in the most optimistic outcome.