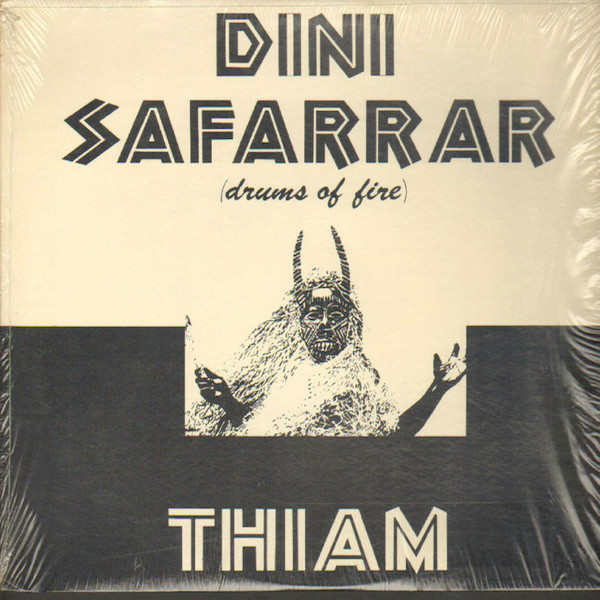 Originally released in small numbers as a custom pressing in 1973, the compelling ‘Dini Safarrar’ by Senegalese drummer Mor Thiam has gained cult status around the world amongst enthusiasts of jazz, funk, hip hop & African music, and grail status among LP collectors. Here is the first official reproduction of this album, faithful to the original and made with the blessing and cooperation of Mor Thiam himself, as well as his son Aliaume Thiam, otherwise known as hip hop and R&B superstar Akon.

Mor Dogo Thiam (pronounced ‘Chahm’) is a cultural historian, dedicated philanthropist and genius on the djembe. He began his career as a drummer while a young boy in his native Senegal, before moving to St. Louis, Missouri in the early 1970s, where his unique musical skills earned him the respect of the local jazz community. A fusion of the traditions of his Senegalese upbringing and the funk & jazz sounds of his new environs, ‘Dini Safarrar’ was entirely self-funded and was also conceived as a benefit album, with all the proceeds donated to famine relief in Africa. Indeed, proceeds generated by the sale of this reissue will go directly into a fund to assist a school in Senegal set up by Mor himself.

The subtitle and translation of Dini Safarrar is ‘Drums of Fire’, though it may be more aptly described as ‘Drums of Krakatoa’, such is the explosive intensity captured within the grooves. The multitude of pulsating percussive elements throughout each track creates an intense rhythmic dissonance, the musical equivalent of an erupting volcano. It can be no co-incidence that the energy & passion of Akon’s music was duly ignited by his father’s very same Drums of Fire. May the legacy continue. 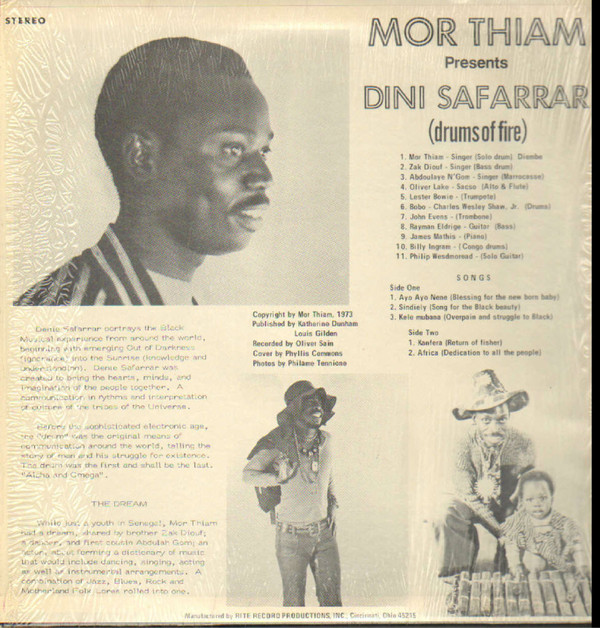 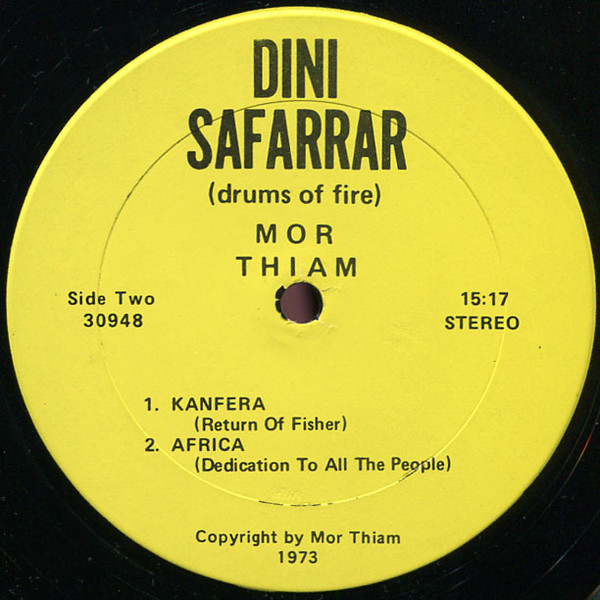