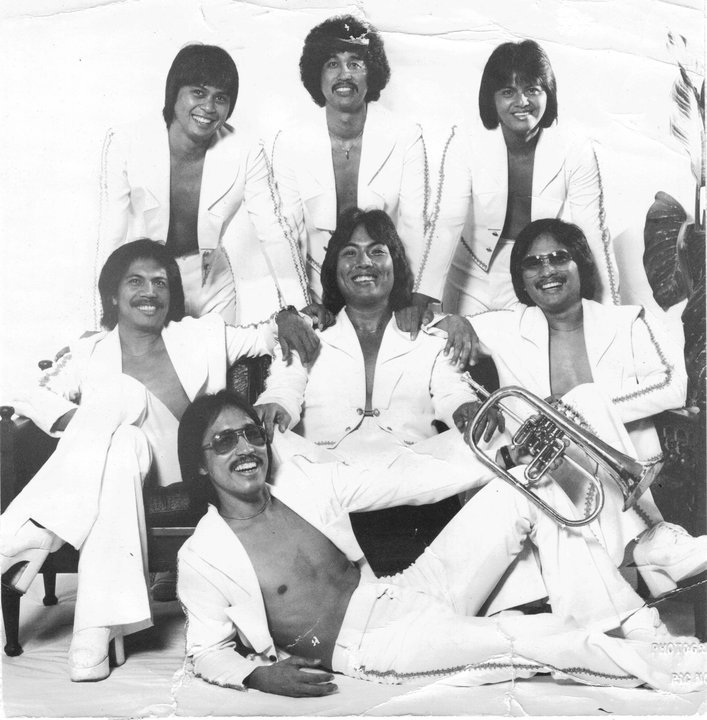 This is one of those records that makes you dance and makes you laugh.

Recorded in 1980 at Honolulu’s Broad Recording Studio (where local heavy hitters Lemuria, Mike Lundy, and Aura tracked their albums) and live at a hotel gig on the island of Kauai, Playtime captures the band’s winning combination of playfulness and musicianship across eight tunes.

Phase 7 were some of the best of the best in the Honolulu nightlife scene during the 1970s and 80s, when the discotheques and hotel lounges brimmed with nightly live entertainment and full horn section bands. These guys were local legends, notable for their skills as singers and musicians (they all sang), and for their outrageous, never-too-serious stage presence. Drop the needle on “Chotto Mate Kudasai”, a local Hawaii classic, and you’ll hear why.

The title track “Playtime” and “Dance The Night Away” show off their love for straight up grooves. “So Good To Be In Love” a disco latin rare groove that sounds almost too tropical to be sure. And tracks like “Slip Away” and “You And Me” prove these guys could write a hell of a slow jam, too.

I spoke with bandleader Sandy Pascual a few weeks ago. Even though we hadn’t talked in a fews years — at least since 2017, when I reissued “So Good To Be In Love” on 7-inch — we picked up right where we left off, as old friends do. He’s living a comfortable life just east of LA these days, writing new songs and learning the ukulele (he’s built an impressive collection, I hear).

Our conversation reminded me of just how important friendship is to Sandy and his bandmates. They truly are brothers, and they’ve had a riotous and rewarding time as Phase 7 over the years. In recent years, they met up in Honolulu for a sold out reunion concert that drew hundreds of old school discotheque-goers and fans from back in the day. It was a special sight to experience.

As for Playtime, this album lets us — the listeners — in on their friendship that’ll last a lifetime. I’m happy to know that after all these years, Playtime finally gets to see the light of day again — and make people dance and laugh wherever they are right now.