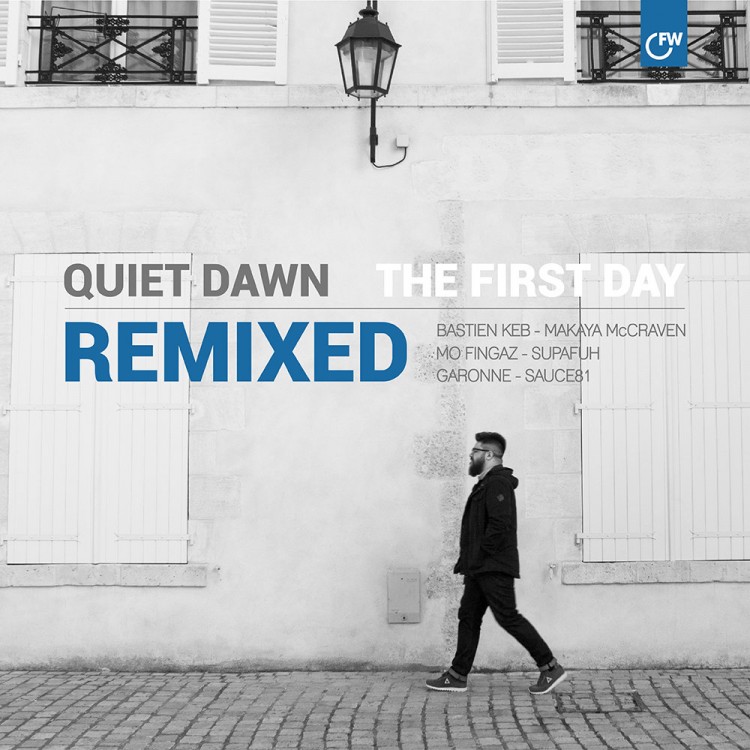 Quiet Dawn follows up last year’s debut album ‘The First Day’ with an EP of remixes. The Parisian producer has grown from his hip hop roots (including an EP on Feelin’ Music as part of Beat Consortium) adding broken beat and house to his soulful musical palate. Released back in April, ‘The First Day’ is a concept album of sorts, charting a human journey based on one day – specifically the first day in search of love.

The EP kicks off with a brand new track from Quiet Dawn himself, the seductive, Rhodes- heavy ‘With Her’ serving as an all-too-brief glimpse into what might come next from the QD studio. As naturally collaborative producer, it is fitting that this is a family affair with his good friends Supafuh and Garonne (aka Dandy Teru in an exciting new broken house alias) reprising their appearances on the original album. Japan’s Sauce81 (Eglo Records) and Chicago Jazz rising star Makaya McCraven also get involved, the former with a slow-mo house take on ‘After Sex’, the latter with a loping, percussive version of ‘Trapped’. Finally, London hip hop stalwart Mo Fingaz brings a boom-bap flavour to ‘Grow Old’ and One-Handed Music’s Bastien Keb turns in a skittering, off-kilter rework of ‘Hold Them Close’ in a style that reconfirms his own debut release as one of the bast of the last 12 months. Look out for more new music from QD on First Word very soon….