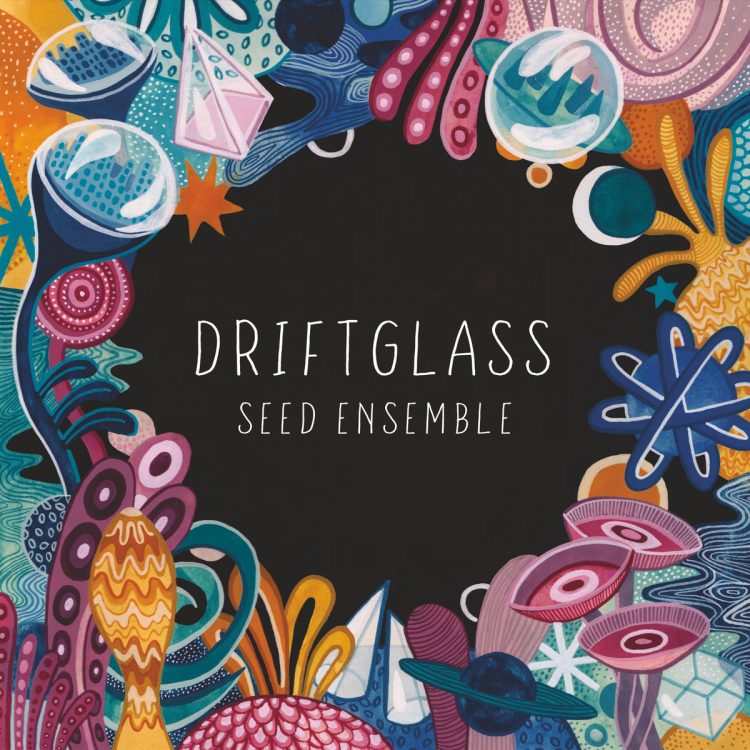 The latest release from London-based Jazz Re:Freshed label comes from a collective featuring some of the best musicians from the region including tuba player Theon Cross (Sons of Kemet), trumpeter Sheila Maurice-Grey (KOKOROKO), Joe Armon-Jones (Ezra Collective) and others.

Formed in 2016, SEED Ensemble is a ten-piece project led by composer, arranger and alto saxophonist Cassie Kinoshi. Already a giant on the UK jazz scene, she is known for her work with all-female jazz septet, Nerija, and afrobeat jazz group, Kokoroko.

Combining jazz with inner-city London, West African and Caribbean influenced groove, Cassie Kinoshi’s SEED Ensemble explores a blend of genres through both original compositions and arrangements. “SEED Ensemble is my way of celebrating the vibrant and distinctive diversity that has significantly influenced what British culture has become over the centuries.

Across ‘Driftglass’, Kinoshi embraces styles both past and present to create something that we can call modern. Band members cut across race and gender with original compositions inspired by the social issues of our times.

Tribute to L.A. REID and BABYFACE - Mixed by Danilo