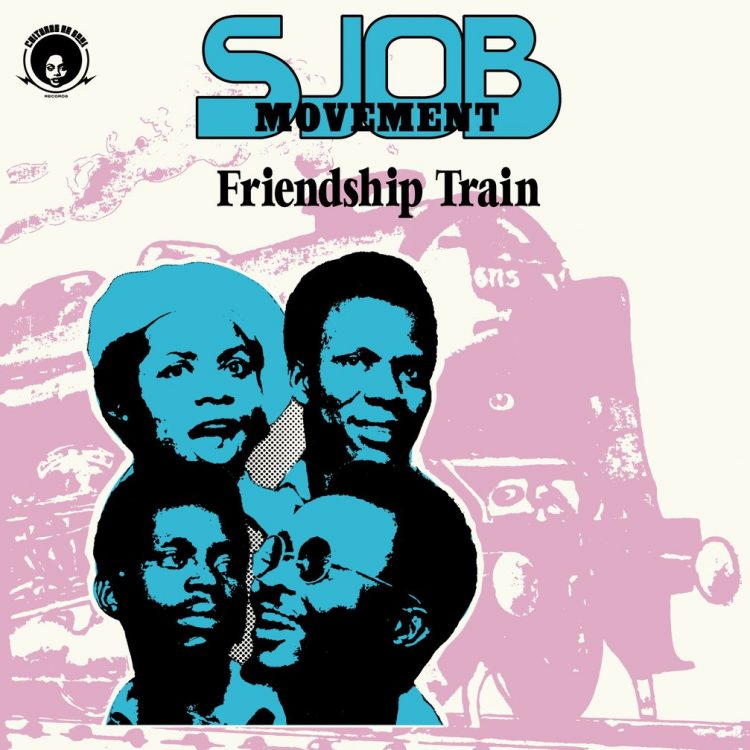 via Culturesofsoul: We’re excited to announce the first in a series of rare Nigerian releases we’re putting out with the help of Uchenna Ikonne.

SJOB Movement’s “Friendship Train” was the second LP by the group and one which saw the group rise to new heights. It’s a masterpiece of African music with it’s fluid afro beat grooves and spaced out Moog synthesizer sounds.

Here is an excerpt from the liner notes written and researched by Uchenna:

‘Prince Bola Agbana might hardly be the most immediately recognizable name in the constellation of Nigerian music stars, but for a significant portion of the last half-century he laboured in the shadows, dutifully serving as one of the key movers in its development: An in-demand session musician. An early and respected exponent of funk. A catalyst in the retrofit of juju into a modern pop genre. Most of all, though, he is recognized as the founder, leader, drummer and principal vocalist of the SJOB Movement.

SJOB: Sam, Johnnie, Ottah, Bola. For a moment in the mid-1970s, they were le dernier cri in modern Nigerian music, representing the next step in the evolution of afro rhythms, and a new paradigm for the band economy. Their first album, 1976’s “A Move in the Right Direction”, was a minor sensation and was swiftly followed by “Friendship Train” in 1977. Then it appeared that the movement stopped moving, and SJOB disappeared from the scene.’