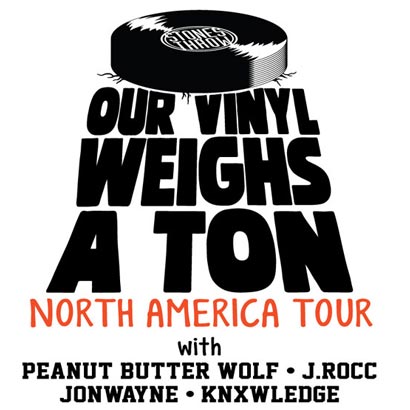 via StonesThrow: “Stones Throw Records will tour the film Our Vinyl Weighs A Ton (This Is Stones Throw Records) in North America with post-screening live performances in partnership with audio design company AIAIAI, who we’ve just launched a DJ headphone with. After each sneak preview there will be a Q&A with Peanut Butter Wolf and/or film director Jeff Broadway with after-party performances by Peanut Butter Wolf, J Rocc, Jonwayne and Knx.”

Please Note: For anyone in Montreal on Wednesday March 5th, the STONES THROW tour will be in town presented by NEON in collaboration with… US! For tickets: www.iloveneon.ca

The tour will wrap up in Austin, TX as an official selection at the SXSW Film Festival where Our Vinyl Weighs A Ton will play three times during both the film and music sections of the Festival. Following the film’s final screening on March 15th, Stones Throw will host the label’s showcase at the North Door venue. 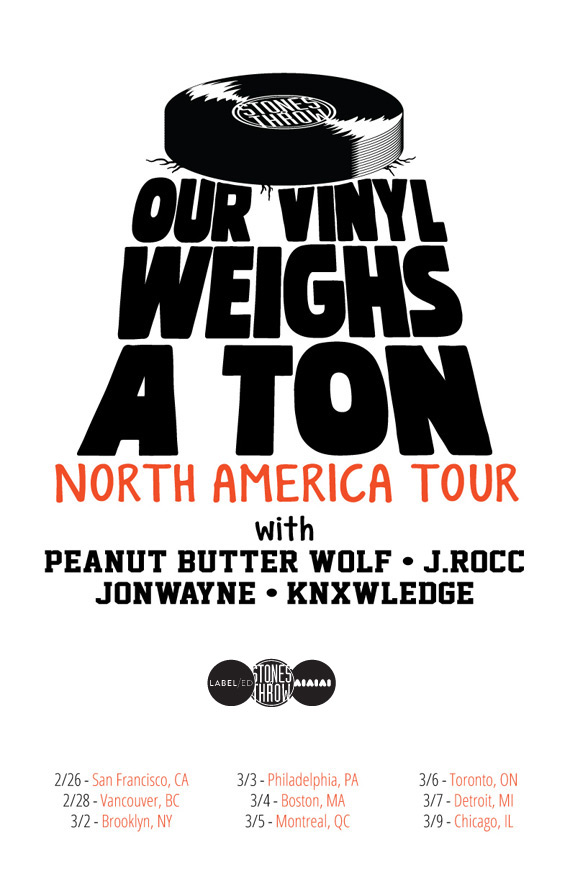