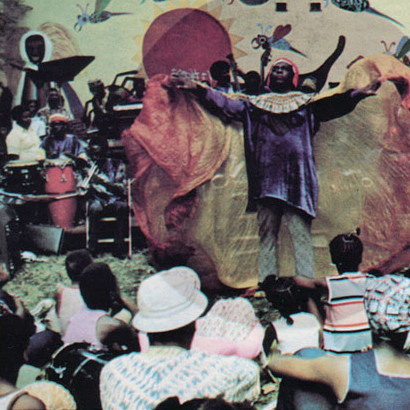 Sun Ra “Brother From Another Planet” : a BBC Documentary

Sun Ra was born on the planet Saturn some time ago. The best accounts agree that he emerged on Earth as Herman Blount, born in Birmingham, Alabama in 1914, although Sun Ra himself always denied that Blount was his surname. He returned to Saturn in 1993 after creating a stunningly variegated and beautiful assemblage of earthly and interplanetary music, most notably with his fervently loyal Arkestra.

Sun Ra and his Arkestra were the subject of a few documentary films, notably Robert Mugge’s ‘A Joyful Noise’ (1980), which interspersed performances and rehearsals with Sun Ra’s commentary on various subjects ranging from today’s youth to his own place in the cosmos.

Today’s documentary, Don Letts’ ‘Sun Ra, Brother From Another Planet’ from 2005, reuses some of Mugge’s material and includes some additional interviews.