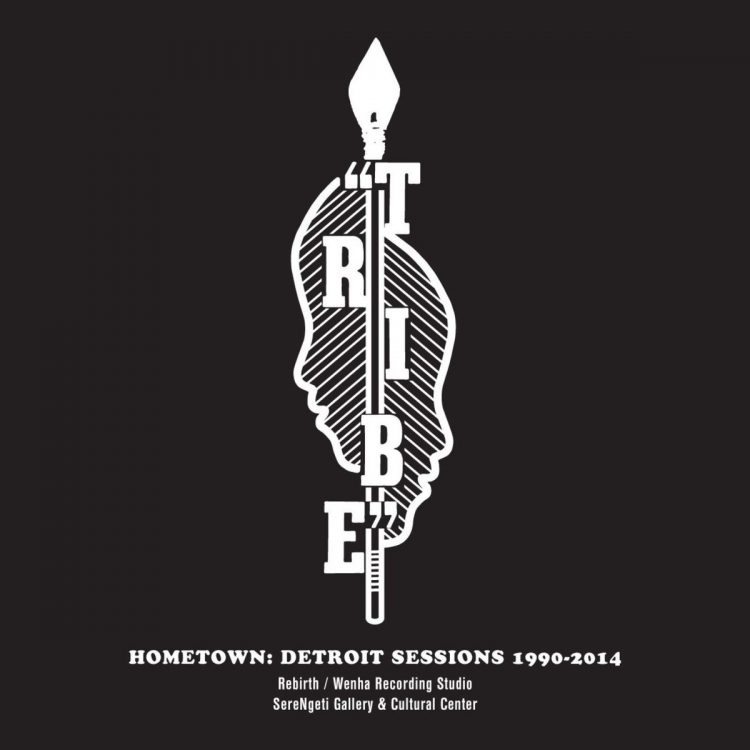 Even though this group of musicians and artists were very much ignored by the mainstream at the time, Detroit’s Tribe is now considered one of the most legendary collectives and jazz labels during the seventies, featuring jazz greats like Wendell Harrison, Phil Ranelin, Marcus Belgrave, Harold McKinney, and others.

Strut and Art Yard have teamed up to release the first compilation celebrating the modern era recordings from this collection of artists, including rare and previously unreleased recordings from Harrison’s WenHa / Rebirth Studios and the SereNgeti Gallery And Cultural Center. Featuring a solid mix of jazz, spiritualism, righteous poetry, and head-nodding grooves, this brilliant compilation adds to the collectives enduring legacy.

“This album will be part of the everlasting impact the Tribe collective had on our culture, on our hope and possibilities.” Herb Boyd

Tribe began as a musical ensemble in 1971 co-founded by Saxophonist Wendell Harrison and trombonist Phil Ranelin that soon expanded into a broad amalgam including a live collective and independent record label. Ignored by the mainstream, many African American jazz artists in Detroit and across the US began creating their own small imprints and Tribe emerged alongside other cultural entities to express selfdetermination goals in the city: saxophonist Ernie Rodgers with his sessions at Rapa House; John and Leni Sinclair’s Artist Workshop; Bruce Millan’s Repertory Theater; the Hastings Jazz Experience and the Strata Corporation led by Kenny Cox. Harrison’s ideas of independence, self-determination and education were central to the Tribe ethos: “I might be possessed with a drive to get the knowledge out,” explained Harrison, “because I see this as sustaining the future of the jazz diaspora, the jazz tradition.” Tribe album releases like Harrison’s ‘An Evening With The Devil’ (1972) and Harrison and Ranelin’s ‘A Message From The Tribe’ (1973) became early ‘70s milestones in Detroit jazz.

In 1977, Harrison teamed up with pianist/composer Harold McKinney to form Rebirth Inc., aided by Detroit cultural warrior John Sinclair, a continuation of the Tribe community ethos. Musically, it formed a link with radio station WDET and began an outreach program to teach children and to publish Harrison’s jazz instruction books. Harrison continue to record extensively as a leader with his own labels, WenHa and Tribe, documenting the collective through sessions led by Phil Ranelin, Harold McKinney, Pamela Wise and more.

The ‘Hometown’ compilation places the spotlight on this later era of Tribe and Rebirth Inc., with rare and previously unreleased recordings from Harrison’s WenHa / Rebirth Studios and the SereNgeti Gallery And Cultural Center. Among many highlights, Harold McKinney and his “McKinfolk” family of musicians contribute the pulsing ‘Wide And Blue’ and dance celebration ‘Juba’; Phil Ranelin re-works his classic ‘He The One We All Knew’; Poet Mbiyu Chui (Williams Moore), pianist Pamela Wise and percussionist Djallo Djakate spark on the uncompromising ‘Ode To Black Mothers’ and the rallying cry of ‘Marcus Garvey’: “If we ever get together we will astound the world.” Harrison himself evokes the power and majesty of juju on ‘Conjure Man’.