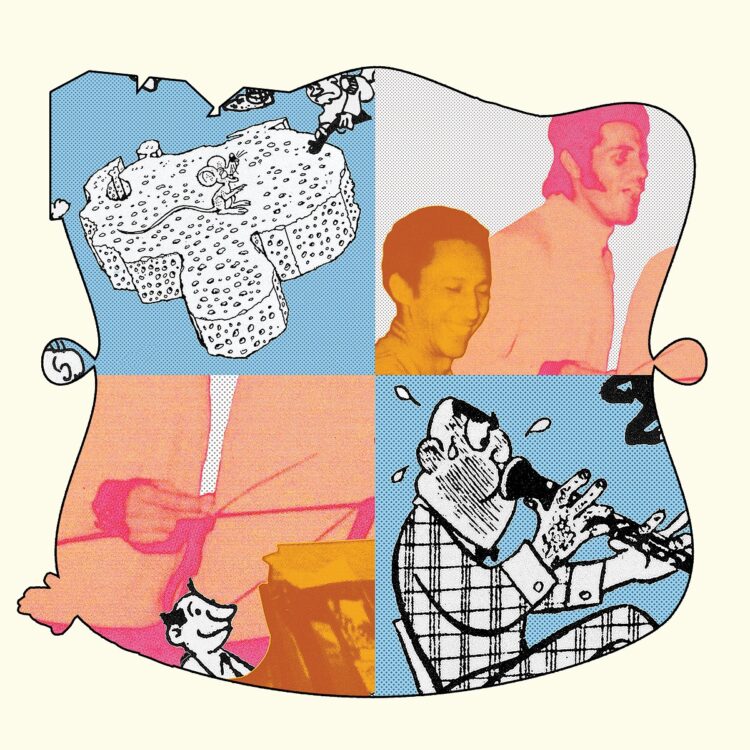 Olindo Records sister label Música Infinita presents the raw and uncompromising Afro Latin sound of Ray Perez and Los Kenya, one of the most interesting groups to spring out of the Venezuelan salsa scene in the late sixties, with a brand new remaster of their debut album ‘Siempre Afro-Latino’ set for release on May 27.

Announcing the forthcoming reissue, today Música Infinita has shared lead single “Record en TV”, available now to stream on all platfroms, and download from Bandcamp, with or without pre-ordering the full album. “Record en TV” is an infectiously funky slice of salsa, introduced by a trumpet and drums break, before the percusson, piano and vocals join

Apt, considering the title, we have the great pleasure of premiering the brand new semi-animated lyric video by the label’s in-house video man, Arash Fattahi.

The late 60s was a prolific period for outstanding Afro-Latin music in Venezuela, with multiple local labels releasing and distributing records by a myriad of homegrown talent. Pianist and bandleader, Ray Perez, recorded and released seven LPs between 67 & 68 with Los Dementes, one of the best-known salsa bands in the country at the time.

Following a brief stint in New York, where he shared the stage with Kako’s orchestra, Perez returned to Venezuela and under the influence of bandmates Luis Arias and Alfredo Naranjo formed Los Kenya. The core of this compact group was made up of two trumpets and a drum set, uncommon at a time when big bands were the norm. With the addition of an accomplished and unique pair of vocalists in Calaven and Carlin Rodriguez, Los Kenya cooked up a stew of raw, groovy, and uncompromising tunes for their debut LP on Velvet, now presented by Música Infinita in a limited and re-mastered edition.

Due to a combination of original compositions, most of them written and arranged by Ray; a killer lineup of musicians; and an uncompromising and raw approach to their music, Los Kenya became one of the most interesting new groups in the Venezuelan salsa scene.

In Ray’s own words: “each of my bands had a distinct sound. For example, Los Dementes had a different sound to Eddie Palmieri’s band even though we shared a similar configuration. The same happens with Los Kenya and another of my band’s Los Calvos, both of which had a very similar lineup of musicians. One time, when Tito Puente heard us play he was surprised by our sound and said “even though you have two trumpet players, you don’t sound like Sonora Matancera or Ricardo Ray, there’s nothing like it!” I truly believe the difference comes from the writing, as well as the feeling that the musicians inject on the music when you’re recording”.

Full album release on limited edition vinyl due out on May 27th. For more information, visit Música Infinita.

Stream on your favourite platform