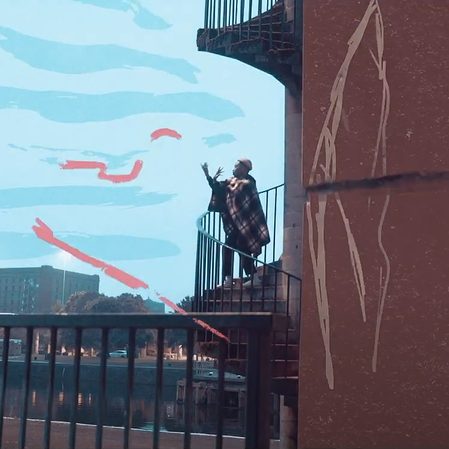 The video is directed by Gina Tratt who tells us, “I was really taken by the composition’s emphasis on freedom of expression. I sought to mirror this by creating a dialogue between Ramelle’s exploratory dance style and textured abstract animations, reflecting the narrative of the music as it shifts in intensity and feeling.”

Menagerie‘s debut album ‘They Shall Inherit’ saw the light of day in 2012 via label Tru Thoughts and 2018 saw the release of ‘The Arrow Of Time’ on Freestyle. Inspired by both the post-Coltrane generation of the 70’s and the current ‘New Wave Of Jazz’, the album made serious waves internationally in 2018, being championed by the likes of BBC’s Gilles Peterson, Jamie Cullum, Courtney Pine and Don Letts.

Now, two years on from their last full length album, Menagerie are back with “Free Thing”, the first single from their upcoming album that sees the band leaning heavily into the spiritual side of their sound. The hypnotic spoken word-poem is evocative of The Last Poets, an earthy yet futuristic meditation on the universal theme of freedom itself, set to a backdrop of insistent percussion, double bass and brooding piano voicings.

Pre-Order ‘Many Things’ on Bandcamp