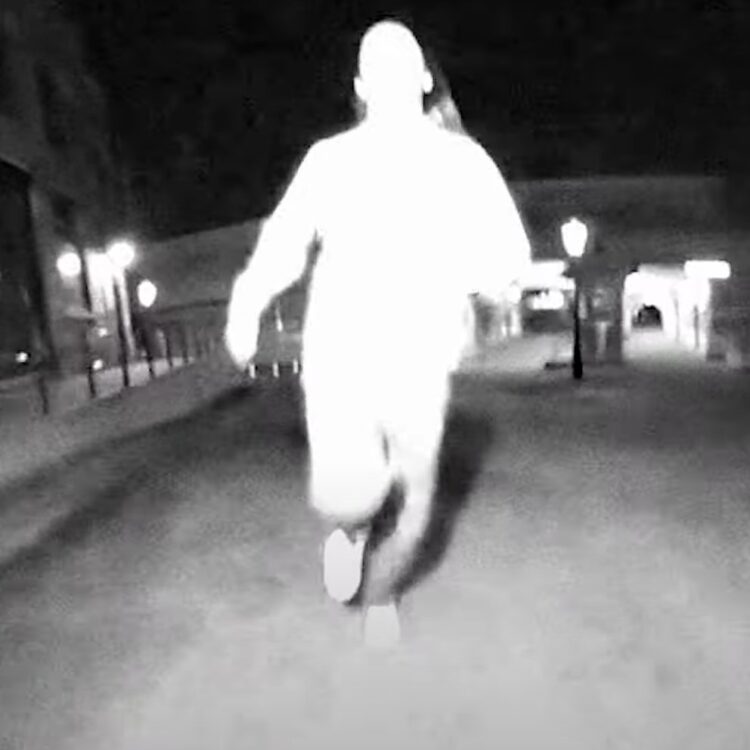 We don’t do many video premieres but we had to make an exception for this extra special video interpretation of “Djed” for the almost unclassifiable Pie Eyed Collective, released last year on the always reliable Albert’s Favourites imprint.

“Djed” is the ethereal shuffling centre of the Pie Eye Collective album, ‘Salvation’.

Featuring the mysterious ‘Tayane Jackhammer’ on trumpet, the track is another perfect example of Matthew Gordon’s unique approach to beat making and sound manipulation. At times almost impossible to pin down, when you let go of preconceptions of time and rhythm, his music is truly at its best – hypnotic and transcendent.

The video, created by Ben Smalley, follows a running figure which was inspired in part by Spike Jonze’s video for “California by Wax”.

“I was interested in the idea of an inverted silhouette to obscure identity. There’s a lot of movement and energy in the tune and I wanted the music vid to reflect that, using a combination of live action and animation to keep the pace up.”

The album Salvation is out now on Albert’s Favourites.