To know Brazilian music is quite an achievement, and I wouldn’t dare consider myself an authority in this field. I’d rather say that I love music, and add in the same breath that Brazil has produced a quantity of some ridiculously good recorded music over the course of the last century.

Following recent MIMS’ post on the Brasil! Brasil! BBC documentary, I thought I would share with y’all some of my personal favorites. So, here is a highly-personal, totally non-objective top 5 of Brazilian music. Actually we at MIMS hate lists that proclaim an “official” ranking of albums, songs, artists in certain genres… This is isn’t football! (Yes, Rolling Stones Magazine, with your obsession with “rankings”, I’m looking in your direction) 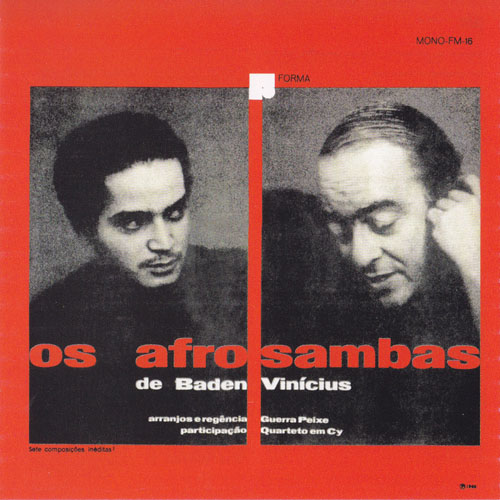 Deep and haunting, yet a straight-up celebration of life in 8 songs, Os Afros Samba is one of the greatest album of Brazilian music ever to be released.

Around 1964, instrumentalist Baden Powell is said to have retreated to Salvador de Bahia, once the world’s largest slave trade port, to meditate on Brazil’s African roots and their influence on Brazilian culture and spirituality.

What came out of it in 1966 is nothing less than a hypnotizing mixture of ancient rhythms and new sounds, all blending with the mystic and powerful poetry of renowned lyricist Vinicius de Moraes. A unique musical moment to experience. Life changing. This one is very dear to me. Aside from being the soundtrack to my favourite movie ever, this album features the great Antonio Carlos Jobim and Luiz Bonfa collaborating at the peak of their recording career.

Released in 1959, the music comprised on this album is the perfect companion to the movie, as it takes you on to an eerie and dream-like state, a strange non-place where Death is a one-piece skeleton costume worn at the Carnival and where a guitar can make the Sun rise when played right. Beautiful.

I can still remember the day when I entered this flea market in Hochelaga-Maisonneuve and snatched the original 45 for 1$, the owner caring more about his Beau Dommage LP collection than this rare French/Brazilian artefact. Shouts out to Michel Rivard, though.

Plenty of soulful and funky grooves on this 1971 LP, the lone release of Dom Salvador and his group Aboliçao.

Once again, a milestone of the Brazilian repertoire, Som, Sangue e Raça (literally: Sound, Blood and Race) marks the beginning of an era that would later be labeled as The Black Rio movement; as street soundsystems began blasting James Brown’s music through their shitty speakers to a new wave of rebel and nationally-conscious Brazilian youth sporting the afro. The main catalyst for the (americanized) sound of a generation to come. Brilliant. While there is no definitive compilation to cover the whole spectrum of the so-called Black Rio experience, this one is definitely a good introduction to its main benefactors.

Gerson King Combo, Toni Tornado, Antonio Carlos Jobim and Jorge Ben probably are the most prominent figures to be featured in here. But the main feat of this compilation is to provide the listener with the proper tools to dig deeper within a golden age of recorded Brazilian music with plenty of lesser known artists like Copa 7, Uniao Black and Banda Black Rio, to name a few. A must have for any music head with a knack for funk. 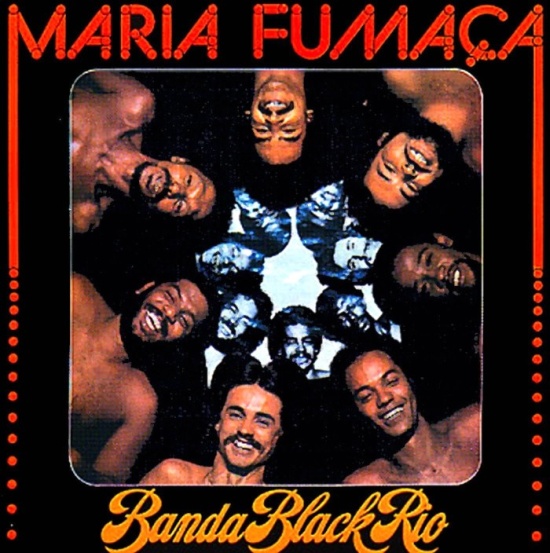 Now, many other Brazilian LPs could have squeezed their spot in this top 5, but Maria Fumaça by Banda Black Rio represents something special to me. As I was getting deeper and deeper in music, especially digging for original samples from my favorite hip-hop artists, I stumbled on this 1977 album thanks to Mos Def’s (now Yassin bey) 2009 “The Ecstatic”, in which DJ Minnesota sampled “Casa Forte” for the album’s closer “Casa Bey”.

Flying Lotus "Until The Quiet Comes" a movie by Kahlil Joseph