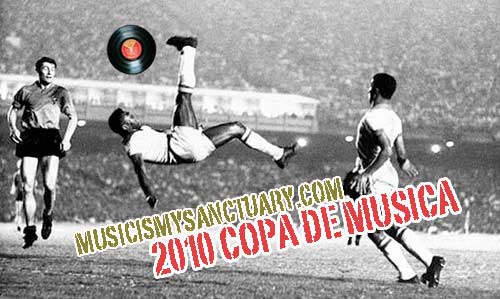 Yes, we are all giddy with excitement with the world cup starting in a few days. But I thought, instead of pretending to be a futbol expert. Why don’t we do the World Cup of Music yo! Who would win if this was a giant battle royale of who has the dopest music scene?

So we begin with the tough task of picking who survives the group stage. Then the fun begins with some furious head to head match ups. Intense debating is encouraged! Keep in mind, the knockout stage is when the full on music nerdyness begins! (You don’t give all your tricks in round 1!)

France have a very balanced squad. Les Bleus rely on their mix of jazz, golden era hip-hop, “french touch house”, hipster douchy electro and a steady dose of Gainsbourg and Jean-Michel Jarre up the middle. The French team easily leave in the dust the Uruguayans and their tango while the host nation South Africa, their kwaito and township riddims edge out Mexico in a close one.
Qualified for the next round : SOUTH AFRICA and FRANCE

Very solid group right here with two heavyweights coming out of the group with two totally opposite strenghts. Nigeria with Fela Kuti, Tony Allen and the gang will undoubtedly be a tough opponent in this tournament. Yes, they are unidimensional but what can you do to stop FELA when we goes on his 12 minute non stop offense!? Argentina also qualify from the group on the heels of their slick tango game.
Qualified for the next round : NIGERIA and ARGENTINA

In a classic match up of big brother VS little brother, the brits and the yanks duke it out in this final before the final. Algeria almost pulled out an upset mainly due to Rachid Taha’s cover of “Rock el Casbah”, almost beating the English with their own classic jam, but alas… The US and UK are simply too strong and too well rounded, one can beat you with Punk, Grime, Indie and Dubstep and the other with Soul, Blues and Hip-Hop.
Qualified for the next round : ENGLAND and UNITED STATES

The Germans aka the “Trans Europe Express” and the Ghana Soundz with their fusion of Funk and Afrobeat are in it to win it. Yes, ze Germans are a bit too “methodical” in their approach and sometimes lack that raw soul, but who can argue with good ol’ German efficiency! On the knobs or the pitch they will be hard to beat. The Australians might have upset Ghana if it wasn’t for Kylie Minogue and Savage Garden, two definite red cards!
Qualified for the next round : GERMANY and GHANA

Another strong group here, the Danes get the short end of the stick even though we needed a scandivian squad in round 2. Yes they had a strong jazz scene in the 40’s but what have they done since? Aqua and Lars Ulrich? (Kidding my Danish peeps, love y’all!) Once again though, another african nation goes through to the next round, Camroon are one more reason that 2010 might be Africa’s world cup! It is only fitting, as “It Began In Africa!”. Also qualified for round 2 are the empire of the Rising Sun. In round 1, they prove that they are much more than just nerdy record collectors and good karaoke signers. These chaps can bring the jazz and the beats
Qualified for the next round : JAPAN and CAMROON

The Kiwis qualify pretty much solely based on the streght of the dub-roots play of Fat Freddy’s Drop and the Black Seeds which we love. But will they survive unless other players start to emerge? La Squadra Azzuri move on to round 2 because they are the defending champs. We give them the benefit of the doubt… for now
Qualified for the next round : ITALIA and NEW ZEALAND

La Selecao always claim “the english invented it, the brazilians perfected it” but will their furious onslaught of samba-baile funk-capoeira-forro-bossa nova be enough to take the title. We wouldn’t bet against them. They have a perfect blend of youth of offense and experienced veterans. “Les Elephants” of Ivory Coast get the pass, mostly because North Korea is in the so-called axis of evil and franky, no dope music has ever been made at gunpoint!
Qualified for the next round : IVORY COAST and BRAZIL

Spain and Chile will balance out the teams in the second round and bring some much needed latin flavours. Both keep one foot in the old traditions and the other looking forward with the younger players…
Qualified for the next round : SPAIN and CHILE

Onra “The One” video 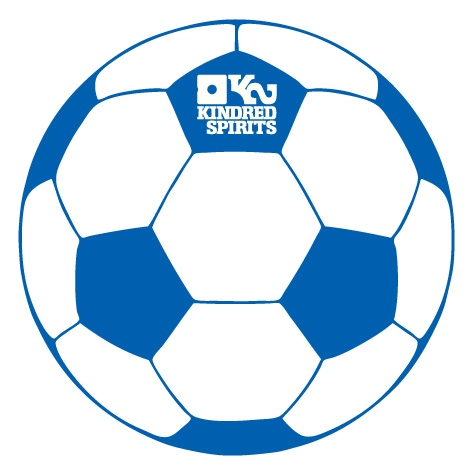