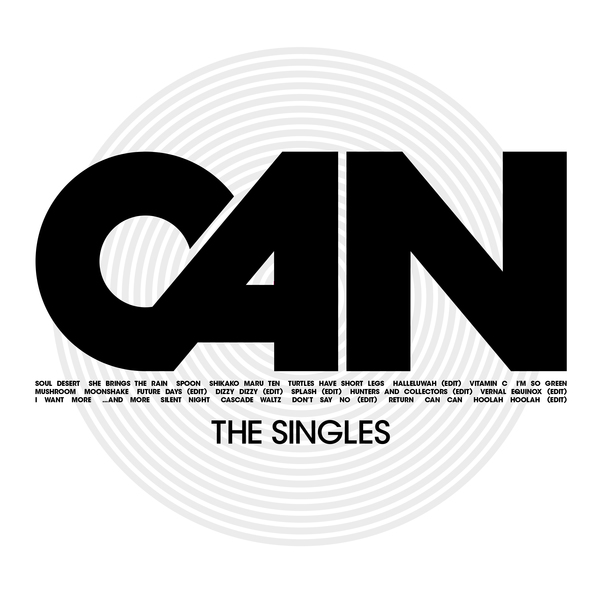 Can “The Singles” (Mute Records)

From the start, CAN, the multifarious West German band, understood the value in taping excessive jam sessions, sometimes up to six hours.

This influential collective who drew influence from Sly Stone, James Brown and Karlheinz Stockhausen would mine back over tape, searching for the magic break.

An updated version of this process used by ATCQ, Kanye West and Earl Sweatshirt extracted the thunderous drum sounds from Can drummer Jaki Liebezeit. The krautrock icons used the original laborious process to splice together their legendary “Vitamin C”, a dense and penetrating drumming masterpiece that has lent itself to inspiring hip-hop, electronic dance music and sustained audible joy. Boosted from the ultra-rare 12 minute “Dead Pigeon Suite”. These extended jamming sessions caused their first vocalist, Malcolm Mooney, to suffer a nervous breakdown. His “man running out of options” whisper delivery on the half-time blues dirge of “Soul Desert”, alerts the listener that the buzzards are assembling. Upon Mooney’s therapist’s suggestion of “getting away from CAN‘s chaotic groove” for the sake of his mental health. He bolted from Germany back to the US in 1970.

While extreme horror registers for any die-hard fan in seeing the 18 min “Halleluwah” cut to four minutes, or “Moonshake” being trimmed from 9 to 3 min on CAN’s “The Singles” compilation, this idea of “editing down” is sometimes a liberating part to this 23 song document that keeps each song under 4 mins. Proving legitimacy of a groove resides in content, not length. This unique archive is the first time Can’s singles are presented together and shows the breadth of their authoritative career. Directing focus on the many hues and gears that the band excelled at over their atypical yet prestigious career.

So it’s refreshing to revisit “I Want More” accompanied with the nasty instrumental b-side edit “….And More”, from the critically panned 1976 “Flow Motion”. This post ambient segment is a cheeky swing and handsome take on what Can perceived as mainstream. Attempting to chase Bowie and Roxie Music, who were soaring the charts draped in their disco/glam dalliance, “I Want More” is now being viewed by the millennial driven revivalist disco sect as a good 4 am idea.

“Shikako Maru Ten”, a b-side to the single “Spoon”, is a quieter moment that lets Holger Czukay on bass, Irmin Schmidt on keyboards and Michael Karoli on guitar all respond to one another in a hushed acoustic setting. Here Liebezeit opts for subtlety instead of rhythmic bombast. Therein the seeds of Sonic Youth, Blonde Redhead and The Mars Volta are planted. 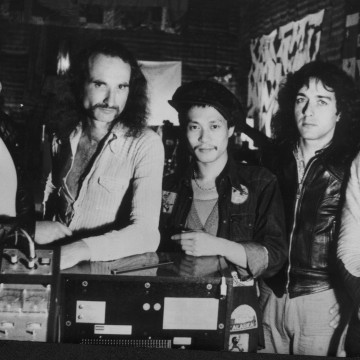 Can “The Lost Tapes”