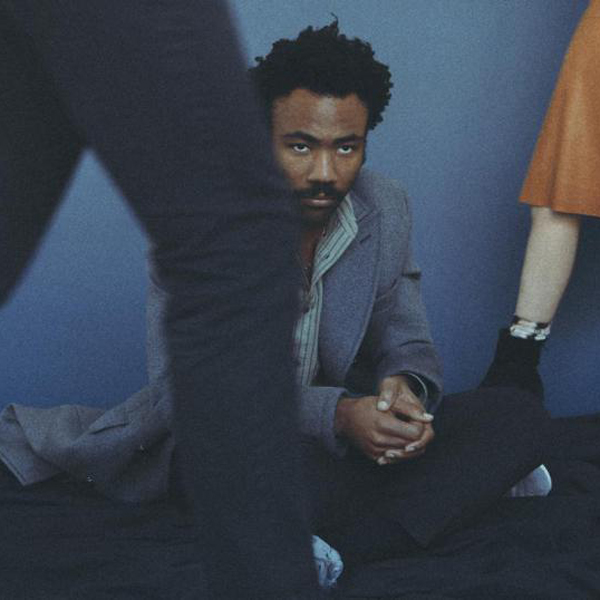 In the final moments of episode 6, titled “Value”, of the Donald Glover directed, written and executive produced show “Atlanta”, we are left with the image of a cherubic yet devilishly smiling black male kid in whiteface.

Like most of contemporary “peak tv” shows of late, this shot of the child lingers a beat too long. Ensuring that creepy vibes, or a inner voiced “wtf’, can’t be dismissed. “Hit It and Quit It” by Funkadelic from the psychedelic soul album Maggot Brain, immediately plays. Escorting the viewer through the credits.

This inside baseball move, along with an isolated hint in a Billboard interview and the presentation of new material at a multi-day musical event Glover dubbed Pharos at Joshua tree in California this past September, were the only indications of the paramount sonic shift his musical alter ego would take.

With “Awaken, My Love!“, Childish Gambino has made an 11-track pivot move and clean break from his musical contemporaries and earlier releases. It’s a salute driven, risk versus reward package that pulls inspiration from prog-rock churchy soul genius of early 1970’s black music, without committing theft. Produced by frequent musical collaborator, Ludwig Goranson, this is a dense sonic palette that oozes in celebration of a musical era gone by.

Lead song,”Me and Your Moma” is a three piece suite that arrives as a lullaby (equipped with finger snaps and music box elequence), and proceeds to embody the funky prog-rock spirit of Funkadelic. With scratchy Eddie Hazel guitar swag and full on choir support in tow…. Glover blows and screeches in vintage freak flag George Clinton form. And then the song exits with somber electric organ phrasing and muddy, delayed drum hits. Like the runoff from a forgotten Hawkwind ballad.
And that’s just the set up.

“Redbone“, a funk ballad that has Glover flexing his upper register pipes, eschews to channel juice from the Bootsy Collins bass ballad “I’d Rather Be With You.” However, the hook may contain the encrypted message for Gambino’s new musical direction.
“Stay woke, niggas creepin. They gon find you, find you sleeping.”

The track “Baby Boy” keeps the gritty falsetto in motion, but this time it moves musically and content wise along the lines of Sly Stone’s “Small Talk” era of production. Minimal, reflective and thankful. While “Riot” is the two minute masterpiece that imagines a Isley Brothers & Funkadelic collaboration that never happened.

“Awaken” may not be what Gambino’s hip-hop fanbase was checking for.
Hey. Sometimes you gotta move someplace else when you don’t get the dap you deserve. But keep this in mind fam….the easy stuff doesn’t require repeated listening.

As a close friend explained to me this weekend.
Kanye has left the buiding. A Tribe Called Quest, upon coming out of a 18 year recording retirement and losing a core member, just put everybody on notice that the bar remains high. There is an opening and Gambino is on top of the wave. We will see what he does with it.
But he is off to a good start.