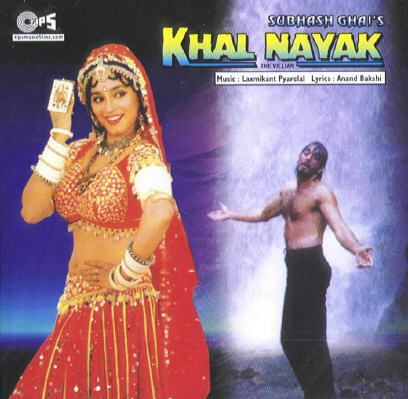 I was about to to a little write up on one of my favorite records from the 90’s Bristol scene: Tricky‘s “Maxinquaye” (1995). I was reading up on the record and the production and samples used on it when I discovered the sample behind “Ponderosa”, one of my favorite tracks from that record. The drum loop was sampled from a song from an Indian movie called “Khal Nayak”. Obviously I have no pretention of being a Bollywood or Indian movie connaisseur but the groove of the track is pretty undeniable!

Khal Nayak (Hindi: खलनायक, Translation: Villain) is a 1993 Hindi film produced, written and directed by Subhash Ghai. The story centres around the escape and attempted capture of a terrorist criminal, Ballu, by Inspector Ram and his girlfriend Ganga. Box office India declared the film a “super hit” at the box office.[1] The dance and song Choli ke Peeche became an instant classic for its choreography and notoriety for its suggestive lyrics.