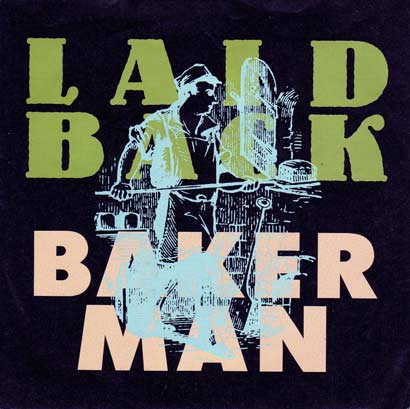 I imagine or like to assume that most people have heard Laid Back’s classic dance floor hit White Horse. But I’m not here to tell you all about chasing that white pony or to discuss the many versions of who sampled what. If you don’t know it, go get familiar – it’s a golden winner, point finale.

I never really bothered to listen to anything else by Laid Back other than my 12” and as per usual, fell into a world of assumptions, believing that they were a one hit wonder. Then a few weeks ago, my girl blew my mind and played me Bakerman and I could not believe it was the same band. Boy was I ever wrong, they actually have an extensive amount of great synthy music, but it’s not very popular.

From Copenhagen, John Guldberg and Tim Stahl make up the Laid Back duo and they released Bakerman in 1989 on a German label called Ariola. Soul Clap came out with a notable remix of their track however I’m a much bigger fan of the original. This song doesn’t need a remix, it can stand on its own quite beautifully. The cherry on top is the ridiculous video of them freefalling in the sky, with instruments and props. Lars Von Trier directed the video for the song in one take and it’s absolutely brilliant. You can’t really wipe the dance floor with this tune, its presence is way more relaxed in style compared to White Horse, but you can certainly sing along and slow dance!

Future Classic: IshDARR "They Lost Me"