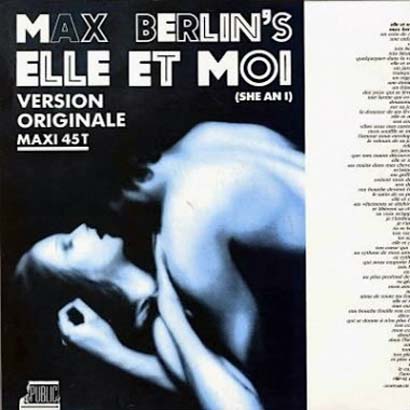 This is some serious sleazy disco action right here, straight out of Belgium from the gloriously cheesy 80’s. I discovered this record not that long ago and after about 5 seconds I was in love with it. Really simple, minimal disco à la Giorgio Moroder or Cerrone, actually Max Berlin (Jean-Pierre Cerrone) IS Cerrone’s brother..

The vocal from Max Berlin sounds like a mix Serge Gainsbourg and Bernard Lavilliers, but we’re not saying all the french dudes sound alike! The track has attained a bit of a cult classic status after being reissued on labels like Tigersushi and Compost. I would love to get my hands on a copy of this but a 7″ version costs around 50$…