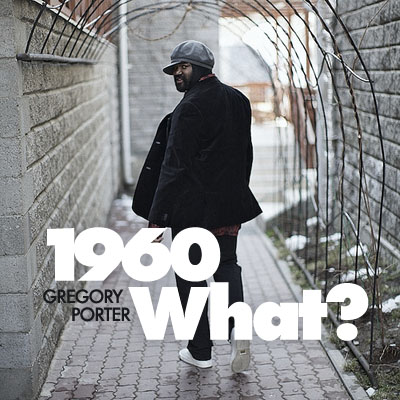 What can I say The Goods never disappoints! Last night I made my way over to our local 10 year strong and still bumping monthly to get my dance and music fix and yet again I came out super schooled. This month’s edition had Jason Palma, Stuart Li & General Eclectic from FOOTPRINTS (Toronto) on the decks as well as resident DJs Scott C & Andy Williams and man did they kill.

I came in looking mad fresh with a crisp dress and a big ol’ Afro and came out with a drenched dress and floppy hair. Now I won’t be able to tell you which DJ played this track cause I was in such a deep dance trance when it came on, that I wasn’t able to take note but I can tell you that ‘1960 what’ left a deep footprint in my mind and the minds of my friends. We sang it all the way down to the burger spot, I sang it on my bike ride home and still had it playing in my head the next morning.

The instrumental of this track alone will have your mind blown with every hit on that snare, strum on that bass and oh don’t even get me started on that horn section. Seriously the instrumental build up on this track sent insane shivers down my spine. Now when Gregory’s voice comes in, find yourself a chair cause your knees might give in. On the real, his voice is so soulful and rich with that very specific rusty quality to it that I thought you could only find in singers from back in the 60s. When I got home and found out this track is actually from 2011, my jaw just dropped. It’s such a joy to know that we still have artists who can lay so much weight on track and feed us something with really heavy soul. To top it all off when I was able to actually listen to the lyrics and realize it was referring to the assassination of MLK and the riots and fires of Motor City, the essence of this piece all made sense. It’s amazing that Gregory managed to channel and capture such an intense in history.

Unfortunately I’ve become his fan just a few days late cause, as Lexis had told us (I really need to pay more attention to his picks), Porter was is town for the Montreal Jazz Festival on June 28th and I missed it. I won’t be missing out on his debut album ‘Water’ and recent release ‘Be Good’ though.

Again Big Thank You for The Goods for schooling me as usual and giving me the opportunity to break it down on the dance floor. Last night reminded me of how excited I am for the MIMS X The Goods X Jazzanova connection that’s gonna be happening July 7th at the Metropolis in honor of MIMS’s 5th anniversary. If you’re in Montreal and you love music there really isn’t anywhere else to be that night. Oh and did I mention it’s free.