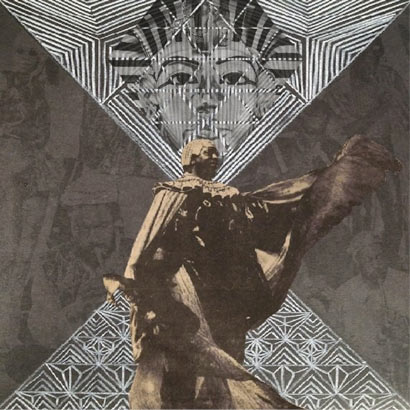 I have only the highest regard and respect for Addison Chase’s Cosmic Compositions Avant Garde Series, they bring me great joy, comfort and serenity. His Sun Ra inspired compilation is a perfect harmonious blend of Jazz and Hip Hop. I could not ask for more from a compilation, and I am so thankful and blessed for my musical counter part Zoe who put me onto these series a year ago.

I wake up to this compilation on a very regular basis, and it has become apart of my morning routine. In my younger years, instrumental Hip Hop was all I lived and breathed, and will say that there isn’t any other genre of music I connect to so strongly. This collection of 34 Sun Ra inspired Hip Hop tracks is impressive, stimulating and refreshing.

I do not know how to even begin describing Sun Ra and his Arkestra, so I won’t. It was only this winter that I was properly introduced to his work and I’ve slowly trained my ears to be more open to a genre and style I know very little about. What I’ve learned is that Sun Ra is a true master and a gift to the world. GET ON IT, his music is endless, beautiful, moving and straight up from another planet.

There are too many tracks to note from this Sun Ra series as I firmly believe they are all amazing, so I leave you with one Sun Ra track and one that I love from the compilation from Montreal’s own DR.M∆D. (Check below)

Whether you chose to donate money or download it for free, I guarantee that it is worth your time and the money goes to the Philippines typhoon relief fund.

We feel there is a huge similarity between the Avant-Garde/Free Jazz movement of the 50’s & 60’s & the beat movement of Today. As both movements attempted to break down, extend & alter the conventions of their original genres (Jazz & Hip Hop) & were never afraid to experiment & improvise to create something that wasn’t accepted commercially at the time.

This compilation is a dedication to Saturn born composer, bandleader, piano and synthesizer player, poet and philosopher ~ Sun Ra.

About Sun Ra ~ Claiming that he was of the “Angel Race” and not from Earth, but from Saturn, Sun Ra developed a complex persona using “cosmic” philosophies and lyrical poetry that made him a pioneer of afrofuturism, free jazz & electronic music. Sun Ra & his Arkestra’s discography is one of the largest in music history and he is often regarded as one of the prolific recording artists of the 20th century. After departing Earth in 1993 Sun Ra legacy in music continues to influence artists worldwide and has changed the world of music as we know it. We hope that through this compilation we can introduce a new generation to his music and philosophies..