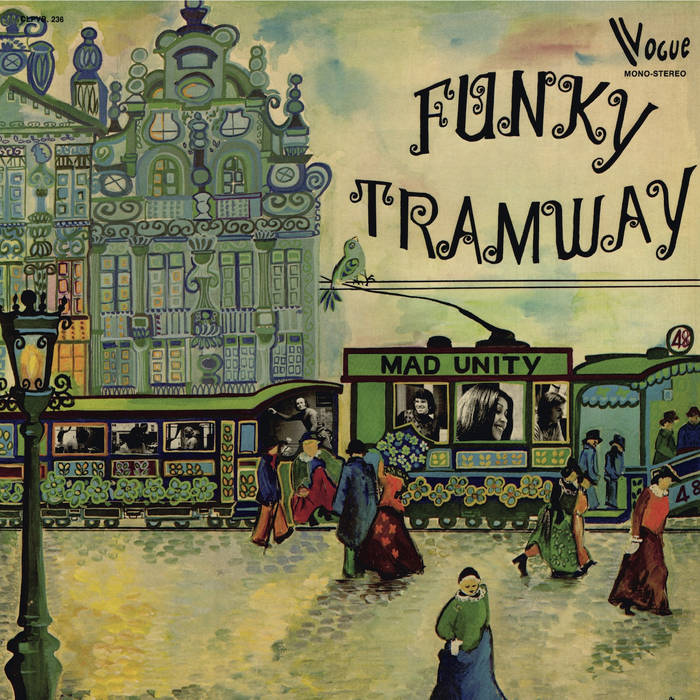 via Phonica: Funky Tramway is often considered to be one of the rarest and most well developed of Janko Nilovic’s records, easily rivaling his famous cult album Rythmes Contemporains!

Yet, apart from a few already compiled tracks and enthused descriptions on the web from lucky record hunters here and there, little was actually known about this opus which only made its way into the hands of lucky or enlightened collectors. The first listen comes as quite a shock: “Funky Tramway” impresses from the start with its maturity, the richness of its musical architecture and its mystical spirit.

The sound and production differ notably from records previously released on Montparnasse 2000, Telemusic, or Neuilly as the album was recorded in Belgium with excellent local musicians (including Dan Lacksman from the group Telex). The tracks take on a real cosmic dimension thanks to the judicious use of backing vocals and synths. Compositions oscillate between Placebo-style organic jazz funk (the sublime Funky Tramway, Sitting Bull, and Gipsy Funk), slow lysergic deviations (Flemish Suite, Atomium 82), psychedelic incantations (Underground Party), cubist and dada funk (Disconnected Song, Fish Market) and unexpected rock misdemeanours (Pis Rock). Hiding behind its beautifully naive sleeve (painted by the composer’s wife) lies a great record which dares to wager an exciting and rebellious fusion, delectably playing with the codes. A compendium which brings the entire career of the Yugoslavian composer into perspective.