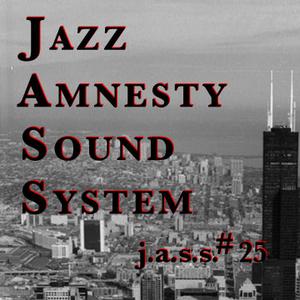 “The post–World War II years on Chicago’s South Side brought a revolution in jazz. In 1961, a group of younger experimental musicians, aware of the decline of Chicago’s jazz clubs and the history of racial exploitation in the music business and responding to a heightened interest in African-inspired cultural nationalism, further developed the idea of a musician-operated performance organization by forming what they called the Experimental Band. Reorganizing themselves into the Association for the Advancement of Creative Musicians.

The AACM grew from the musical traditions and deep political frustrations of Chicago’s South Side. It advocated free, atonal music, arranged into multisectional units, and minimized the role of the individual soloist. The AACM’s flagship ensemble, the Art Ensemble of Chicago, further defied the isolation of jazz from other art forms in its blends of experimental music with costumes, make-up, dance, pantomime, comedy, dialogue, and brief dramatic scenes.”