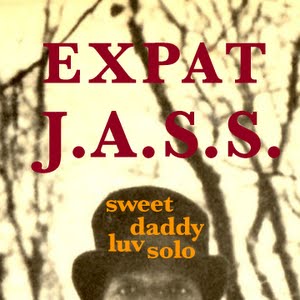 From Andy Williams (J.A.S.S Co-Founder): “I’m very proud to be joining forces with Lew Braden (a.k.a “Sweet Daddy Luv“) on this project J.A.S.S.The work and effort that has gone into these mixes,beats,and story-telling is something I’ve been waiting for since the folding of Operation Jazz. I’m sure this edition of Ex-Pat J.A.S.S. will find a special place in your hearts”

“In the 50’s and 60’s American jazz musicians expatriated to Europe to find something that they couldn’t in their homeland. European audiences appreciated jazz (both artistically and financially) on a level not often seen in the U.S. at that time. When American soldiers brought jazz over during the two World Wars it struck a chord with many European youths that still resonates to this day. Add to this the fact that the specter of racism wasn’t as prevalent in Europe as it was in the U.S., where African-American jazz musicians were still dealing with Jim Crow laws, racists standards in the mainstream media and unjust (often brutal) treatment at the hands of the law.

This mix focuses on the 1960’s exodus of free jazz musicians that were struggling to get their new thing understood (or even heard) in America, but found an open-minded and accepting audience in Europe where these musicians could hone their skills and perfect their new approaches to jazz music.”