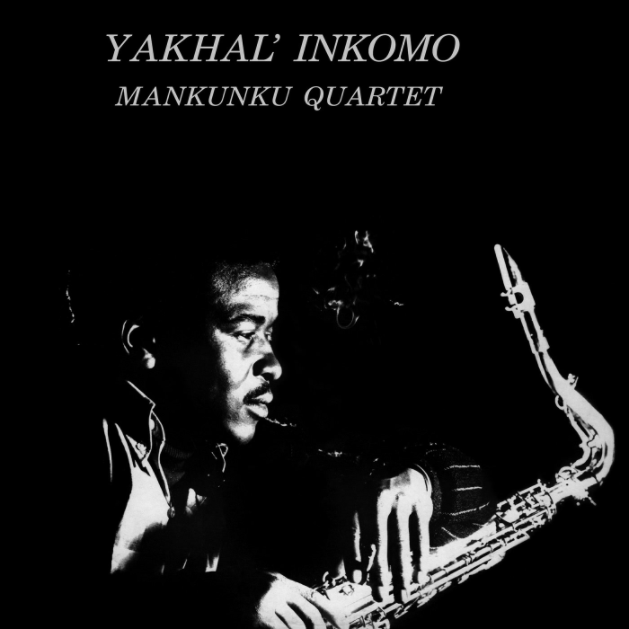 via Various Sources: Recorded on 23 July, 1968 in the Johannesburg Studios of Manley Van Niekerk.

This is the LP that every Jazz fan has been waiting for. Listen to it from side one to the last note on side two then you’ll agree that this is Jazz, dished out in a Soul/Jazz bowl by South Africa’s number one tenor sax player, Winston “Mankunku” Ngozi.

Despite selling hundreds of thousands of copies in its native South Africa, Mankunku Quartet’s 1968 album “Yakhal Inkomo” – the title is a veiled reference to the Apartheid-era violence of the period – has never before been release outside of the African continent. Happily, Jazzman has finally decided to right that wrong. Listening for the first time, it’s clear that saxophonist Winston “Mankunku” Ngozi is the undoubted star. His fantastic soloing receives ample back up from his sidemen, including brilliant pianist Lionel Pillay, resulting in a quartet of fine cuts that sit somewhere between Hard Bop and Modal. The album has been likened to Coltrane’s “A Love Supreme”, and we can think of no finer praise than that.

About the man himself… he was born on June 21, 1943 in Retreat, Cape Province. He started playing the piano at the age of ten and two years later bought a tenor saxophone. “Mankunku”, as he is called, started to take music seriously in the early sixties. His first professional engagement was with Alf Herbert’s African Jazz and Variety and thereafter with South Africa’s greatest bassist Midge Pike of Cape Town, about whom he said “Midge was really the man behind my success. He really helped me a lot, I take my hat off to him, dad — I will always remember him.”

On the first side of this LP is ‘Yakhal Inkomo’ (one of his original works), literally translated “Bellowing Bull”. The sound of a bull bellowing mournfully at the loss of one of his kind, is one from deep down in the heart. It is with this sound captured musically, that Mankunku expresses his deep grief at the loss of one of the greatest tenor players in the world, “Daddy Trane”, as he calls the late John Coltrane. If you listen to the early recordings of John Coltrane — for example ‘Blue Train’, ‘Moments Notice’ and Wayne Shorter’s ‘Johnny’s Blues’ and ‘Noise in the Attic’, you will agree that he was heavily influenced by them. The second tune is also his own composition — ‘Dedication’ (for Daddy Trane and Brother Shorter). It is in 4/4, which is so well arranged that I could hardly believe that it is his original work, with this tune he really plays his part. He plays himself. I remember during the recording session he didn’t want anyone to move about because such movements disturb his feelings and concentration. The other tunes are his choice. From Horrace Silver’s works he chose ‘Doodlin’ and from Coltrane’s ‘Bessie’s Blues’. – Words by Ray Nkwe, President of the Jazz Appreciation Society of South Africa

The RAW HOUSE SUPREME Show - #194 Hosted by The RawSoul