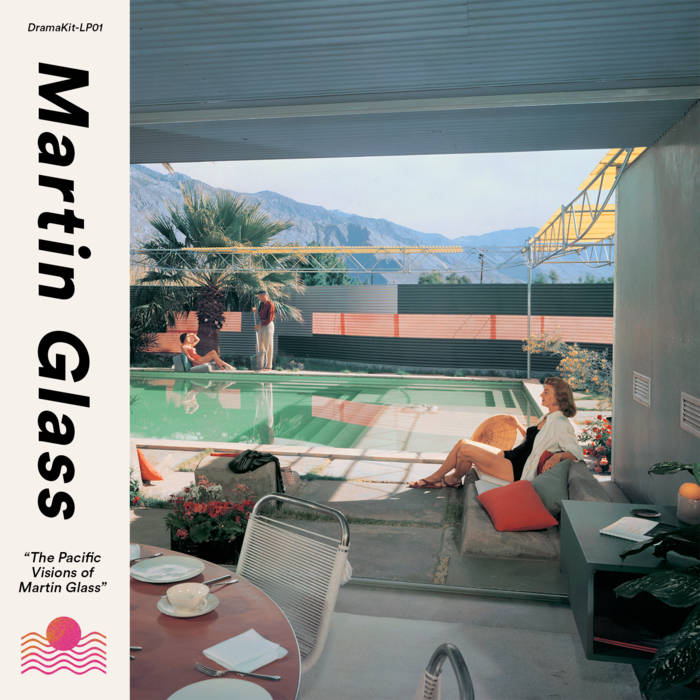 “The future for magnetic bubble memories – and there still is one – was more modest now.”

“Glass knew it. And knew he had to un-know it. ‘Not productive, Mr. Glass.’ Because for now, in green quiet, Martin was enjoying the sharp minty spike of his cocktail. All the while, a dragonfly – coloured in brilliant metal – arced and spiralled around his recliner. Pleasure’s bubble and hum. Hugging the horizon, the observation deck reveals a panorama over the crystal bay. Against the slow sky, the Pacific… and a wavy, patterned ice-cream.”

“We’re proud to present the first set of recordings from Martin Glass. Exiled in Taiwan working on a deal that never gets done, an American businessman falls under the hypnotic spell of the Pacific. His is an Asiatisch fever dream – seaside lovers, translucent virtual vocalists, glass-y ’80s synthesizers and multinational muzak. It’s an ode to Pacific bubble decadence, beamed from a lilo or a roof garden (or both)… all fizzing arpeggios, melancholy marimba symphonies and sunken yacht karaoke.