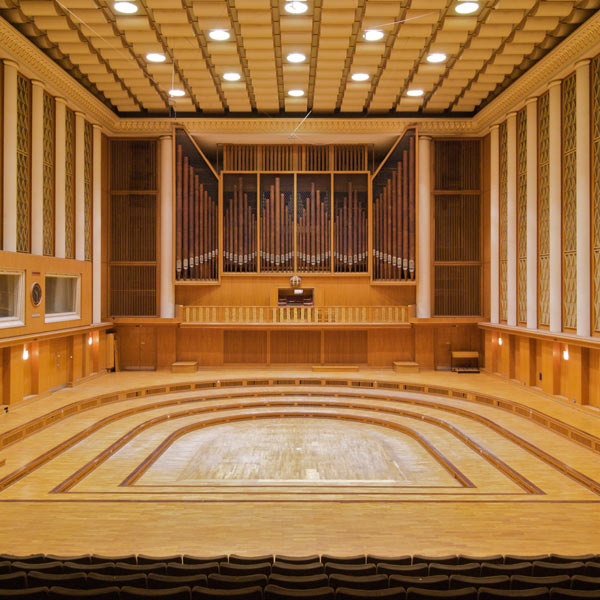 via Sound on Sound: “Built in the ’50s as the broadcast headquarters for the GDR’s state radio, this complex is home to some of the world’s most breathtaking recording studios.

In the factory district of former East Berlin, overlooking the River Spree, sits one of the most exceptional purpose-built recording complexes in the world. The Funkhaus was the product of an unprecedented joint effort by architects and acousticians in the 1950s to create a world-class broadcasting campus for the purposes of the GDR’s state radio. With studios designed to meet every conceivable need, it boasts spaces dedicated to recording symphony orchestras, choirs, chamber and jazz ensembles, pop music and radio plays.”

“For a sense of how large an operation this was, its largest room is almost twice the size of Abbey Road’s Studio 1, and at its peak the complex had a staff of over 3000.

That all changed shortly after the fall of the Berlin wall, and for a period it was virtually abandoned. Since then, many production teams have worked in the various incredible acoustic spaces at the Funkhaus, and it has welcomed international acts such as the Black Eyed Peas and Sting. It’s now under new ownership and is, once again, a hotbed of musical and artistic creativity. We visited back in April to find out more about the history of the Funkhaus, and behold its unique recording spaces.” (via Sound on Sound)