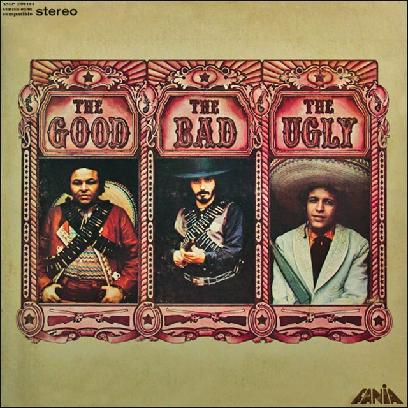 In the world of Latin music, Fania Records reigns supreme.

The brainchild of Johnny Pacheco, who is credited with coining the term Salsa to describe his rendition of the Afro-Cuban sound, La Fania holds some of the most priceless moments in music history under its belt.

Among many accomplishments, his Fania All-Stars sold out Yankee Stadium and were part of the Rumble in the Jungle bout between Muhammad Ali and George Foreman in 1974. Notably absent from that trip to Zaire (now known as the Democratic Republic of the Congo) was All-Star trombonist and producer Willie Colón, who had a reputed needle phobia and didn’t want to get the necessary vaccines in order to travel safely.

Instead, Willie booked Good Vibrations Sound Studios in NY and began laying tracks for The Good, The Bad and The Ugly, a project that has been described as Colón’s definitive transitional album. It’s transitory in the sense that it marked the midway point in his evolution as an artist but truly, this album is an all-encompassing look at the many things that made Willie Colón great. He took his switchblade-carrying thug image from previous works and turned into a shotgun-brandishing bandolero, began experimenting with Brazilian, Funk and Jazz… Basically, Colón was hiphop before Kool Herc touched down in the Bronx.

Also, this album is the first time he stepped into the fray as a vocalist, with a nasally yet pitch-perfect timbre that is oddly reminiscent of Fania labelmate and fellow All-Star, the late Celia Cruz. Guaracha is a perfect example of Willie’s arrangement genius and vocal stylings, as well as an incredible performance by Cuatro player Yomo Toro. Shmoove.