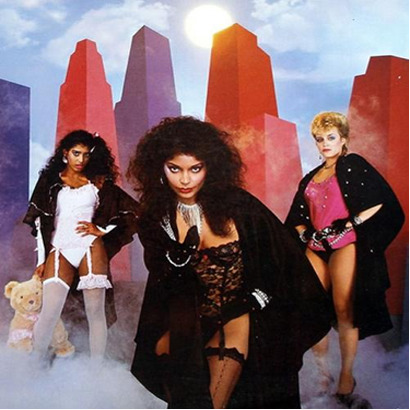 Apollonia 6 was an 80’s band / Prince creation made up of a trio of women that produced one album, one solid hit and one epic short film. Patricia Kotero, Brenda Bennett and Susan Moonsie were Apollonia 6, and if you’ve seen Purple Rain, then you’ll be familiar with Kotero who played Apollonia in the film and was the lead singer of Vanity 6. The group produced one major hit, “Sex Shooter,” released in 1984 on Warner Bros. Records, however Prince’s protégés failed to evolve past their first album.

In 1985, in a studio in LA, Limelight gave the go ahead for Prince’s short film production Happy Birthday Mr. Christian, and in the studio it stayed. The film was never actually released after it was made, and thanks to our modern age, you can stream it online.

I have a lot of love for Prince and his money ladies and would strongly recommend this video to any Prince fan. The video features 4 great songs off their album, including Sex Shooter, (which is the winning track for me) and the set design and costumes are absolutely fantastic. This video is 80’s Prince gold and is worth the 20 minute viewing!