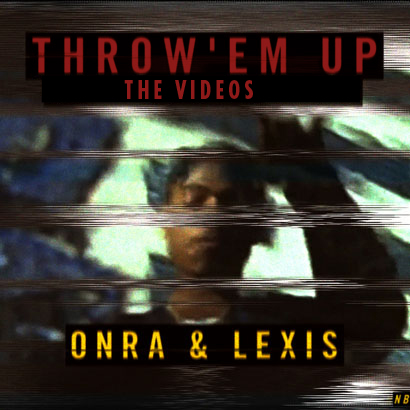 Onra and I recently released a 90’s r&b mix called “Throw’em up” and we’re really happy that the response is good. Tons of people are rediscovering tracks they loved, some they forgot about or didn’t know. There are also a ton of slightly younger people that didn’t live these glory days of the 90’s soulful club jams.

We wanted to dig out all the tracks from the mix that were released as singles and had videos. Some of these are pretty priceless.

The one video that started this whole project for me and Onra. I think we were just talking about our favorite r&b tracks from back when and then we start taking about Jodeci and then of course we rememebered Devante’s solo record. The concept of doing throw em’ up baller gestures in a water puddle and filming that was is so epic we had to make it the cover of the mix.

Probably the video with the most Throw Em Up moments. Hit pause when you’re at 2:41 and you get one of the most expressive throw em’ ups you’ll come across. I do also like the boy “love interest” in the video a lot. The dude is doing all kinds of proper facial expressions.

Whatever happened to a group of dudes making dance choreographies, nothing soft about that at all. This needs to make a comeback.

I had never seen the video of this one and I gotta say that it’s definitely the most awkward of the bunch. London Jones comes off as a Milli Vanelli sidekick… It’s like the audio belongs with the rest around ’94 but the visuals belong in a 1985 video or some shit. He’s wearing some pretty tacky shit, but hey track is still dope.