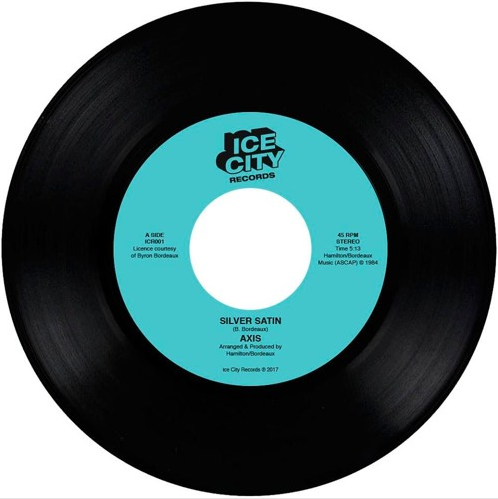 I’m one of those people that has music playing constantly at the office.

The downside of this practice of course is that your mind and ears aren’t allowed to really concentrate on what you’re listening to. That is, until a tune comes on that overpowers all else and forces you to sit and listen. Such was the case last year when I put on a live mix by Jeremy Underground and this Electro-Funk Boogie nugget came on that I couldn’t identify.

Little did I know that around the same time, a trio of friends were putting together a label and reissuing this very record – Axis and the song “Silver Satin”…

Originally released back in 1984, Axis was a short-lived band formed in California by guitar player/vocalist Byron Bordeaux who wrote “Silver Satin”. They were a band that was to meet the fate of so many that came before them, releasing just this one privately pressed 7″. Releasing may be an overstatement, as the record was never officially distributed, with only a couple of hundred 45s made, and sold exclusively at their shows. Radio play, needless to say, was a seemingly impossible feat at the time.

The next few years saw Byron record a good deal of demo tracks, which for the next 30 years would go unreleased, all stuck on a pile of 8-track and cassette tapes. One of those has been unearthed and put on the flipside of this 7″ – “Runaway Love”, a huge tune in its on right.

Summa summarum, this is an essential reissue, marking the first release of the newly founded label Ice City Records.

Oh, and it’s flying off the shelves so don’t sleep on this one! 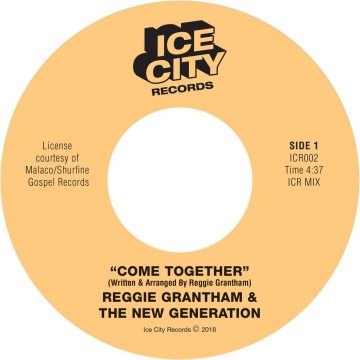