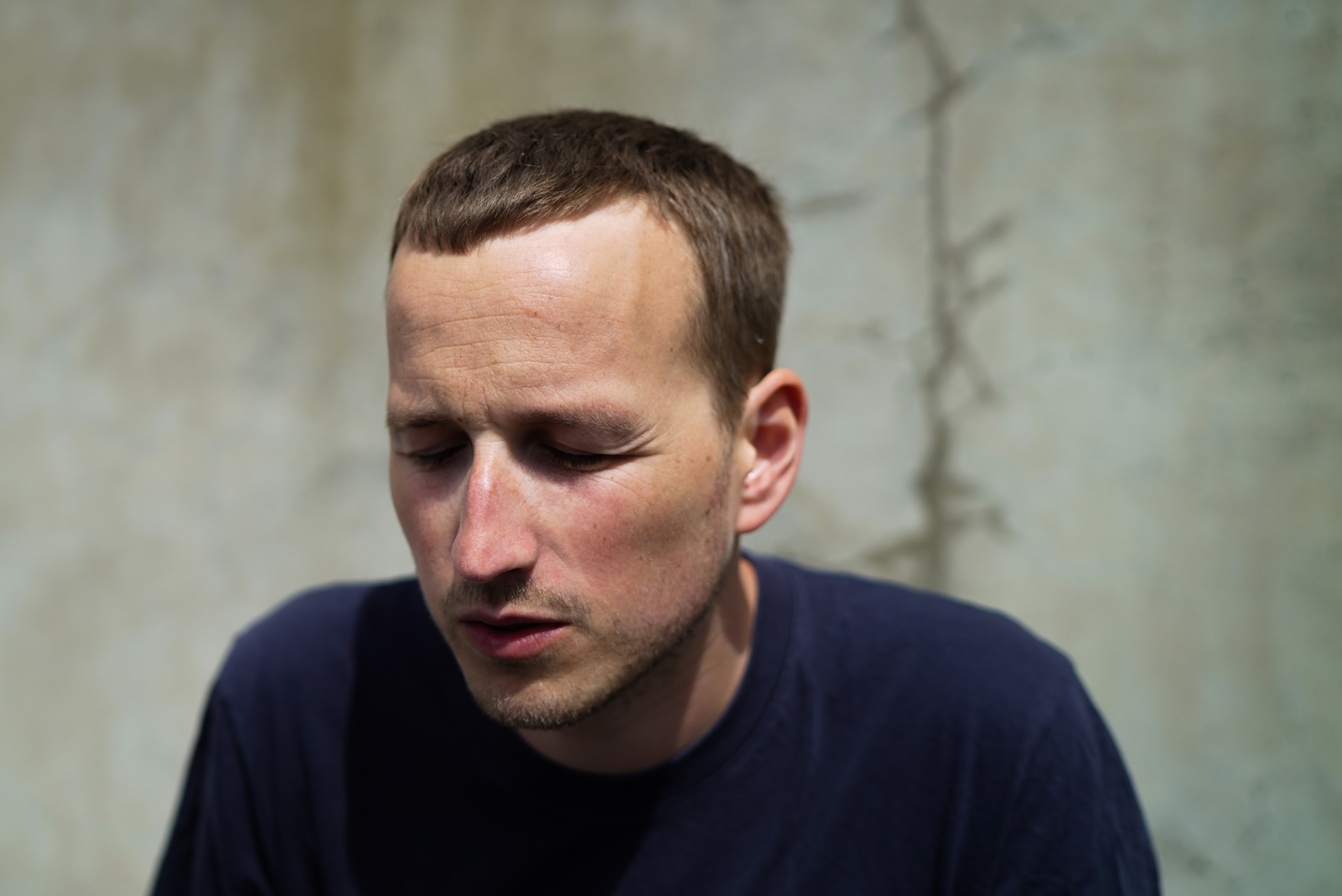 Bullion Celebrates The 10th Anniversary of “Pet Sounds: In The Key Of Dee”

It seems like just yesterday that a young unsigned British producer by the name of Bullion put out his debut release: the unofficial (but officially dope) “Pet Sounds: In the Key of Dee”.

In internet years, 2007 seems like ages ago: Myspace, blogspot pages, RSS feeds, CD-R’s. Musically it was also a more simple time where mash-up albums were all the rage. While the title might lead people into thinking Bullion’s “Pet Sounds: In the Key of Dee” was mash-up record, the truth is it was really about trying to channel the style and techniques of Jay Dee and re-imagine the entire Beach Boys record in a way that the Detroit legend might have.

It is hands down one of my favourite post-Dilla instrumental “beat” records, one that can be grouped alongside Apollo Brown’s “Clouds”, Onra’s “Chinoiseries”, Nujabes’ releases, of course Knxwledge’s Bandcamp titles, and the list goes on.

Since our days of conversing on Myspace in the mid 2000s, Bullion has gone on to build one of the most interesting sounds for himself and his label Deek Recordings, which he describes as “Pop, Not Slop”.

Lexis: How are you man? It’s great to talk to you for the 10th anniversary celebration of your cult classic “Pet Sounds: In The Key of Dee”.

Bullion: It’s bizarre to have something I made turn 10 years old! Especially considering I was already an adult when it came out.

Lexis: It also marks your 10th anniversary as an artist as this was your first release right?

Bullion: That’s right yeah. I was living in my first flat in West London and just a few weeks after I finished the album, the entire place was flooded with the collective sewage of the 9 floors above us. We had to move out immediately! It felt a bit like a rite of passage.

Lexis: Yeah music has this power of setting time markers in our life, you remember key moments in relation to key records in your life… so let’s hop in the time machine! Take me back to 2007: the young producer in his first flat. What was the first moment of inspiration to dive into this project?

Bullion: I became quite obsessed with Pet Sounds and simultaneously discovered Jay Dee (J Dilla) had made a lot of the rap I was into. Then Donuts came out and I went from Pet Sounds to that, then back to Pet Sounds and heard it in a new light. There was a Pet Sounds box set with separate multitrack parts. It’s inspiring to hear Brian Wilson directing the sessions between takes. He’s relentless, you can feel the urgency. It was fun manipulating some of that spoken material to nod to Jay Dee’s genius as well.

The idea wasn’t to take Pet Sounds and mix it with Jay Dee beats. There are a few moments where I sampled Dilla’s voice but I sampled and programmed the drums myself, from all over. It’s not a “mash up” as it’s been described.

Lexis: Yeah it’s really never felt like a mash-up to me. Always felt more like Bullion chopping the Beach Boys while channelling Jay Dee, who had just passed away a few months before.

Lexis: Please indulge all of us nerds, can you tell us a little bit about the process of the project? (How long it took to finish, what hardware and software did you use, workflow, etc.)

Bullion: I used an old Apple Mac, Logic 6 (I think) and a midi keyboard. I had the Pet Sounds boxset, a few records and folders of samples collected from various places – probably a fair amount from very naff sample CDs.

In terms of how I put the tracks together, it was a process of chopping audio files in Logic and placing them in the arrange page, moving them about until they started to sound interesting and then just following the thread. I was mimicking the way producers I liked programmed their drums and samples – slack grooves. I suspect a lot of them were more physical in their method and used hardware like MPCs etc, while my set up looked more like I was doing a spreadsheet than making anything musical. Even down to the uninspiring room I was in. Low ceiling, PVC windows, laminate flooring, nothing on the walls (strict landlord). I like imagining drawing inspiration from that bland scene, I must have been particularly optimistic!

Lexis: What about the distribution of it? How did it start spreading? Those were the days of Myspace, blogspot pages, forums, CD-Rs…

Bullion: I found the email of this guy called Tuse on the back of a Ninja Tune CD I had. He was managing Roots Manuva and Cinematic Orchestra at the time. I sent him some of the music and he took an interest. We met and he A&R’d it I suppose, then came up with a plan to get it to a few good people including Benji B and Gilles Peterson who supported me loads. It was exciting to have Tuse involved; I had no idea how anyone would receive what I was doing until then. He also managed MJ Cole and he ended up mastering the album! We put it on CD and I gave them to people outside record shops. It was up on myspace and somehow Gorilla Vs Bear caught wind of it and posted it on their blog. That put it on the map a bit.

Bullion: He did my first single after that too, “Get Familiar”. 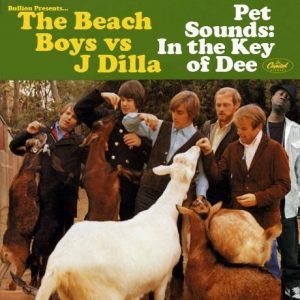 Lexis: Amazing. I didn’t know that. Eventually, the record was bootlegged right?

Bullion: Yeah, on vinyl in 2009. They used some unofficial artwork with J Dilla pasted onto the original Pet Sounds cover. I thought I had no grounds to moan about it since my whole thing was a bootleg anyway, but at least I did some work! Whoever made it repressed in 2015 and I’ve been told it sells pretty well, worldwide. Either way, it’s meant more people have heard the music I guess. It’s just a bit of a sloppy job. The title isn’t even right. “Bullion presents…”

Lexis: Well hopefully Ma Dukes and Brian Wilson are on the chase! Tell me a little bit about your relationship to Pet Sounds, did you grow up listening to that record?

Bullion: I certainly grew up listening to the Beach Boys – my Dad is a big fan – but more Surfing USA, Help Me Rhonda, Good Vibrations etc. Pet Sounds was one of those “classic” albums at HMV when everyone realized you could buy as many CDs as you wanted, rip and return them for a full refund. I’ve always loved rich and close harmonies, so Pet Sounds was it for me. Adventurous pop music. That’s pretty much my main interest in music; pop not slop!

Looking back I think the whole thing was a coming together of a few interests at the time. Pop, rap, and UK garage. Todd Edwards was another producer I loved – I spent a small fortune collecting all those US imports. The way he plays with harmony and very musically chopped samples fascinated me, but I just couldn’t get comfortable at that BPM. So I slowed right down. Donuts made me hear how I could emulate Todd Edwards at a slower speed.

Lexis: Funny you mention Todd, it does totally make sense! You did make that record only in a way that someone who loves the Beach Boys, Dilla, Todd, MJ Cole could do… which is probably why I love it so much too.

Lexis: [Laughs] So 10 years later, you have a fantastic track record of making adventurous pop music. Tell me about what inspires you and drives you musically these days.

Bullion: Songwriting and collaboration is what I’m currently inspired by. I have a tendency to isolate myself and do it all, so I’m opening up to relinquish control a bit; to learn from people who can really write. It’s overwhelming how much you can do with your time. That can be crippling I find. I’m sharing a studio now and that’s helping to alleviate the instinct to work alone.

Lexis: I hear you. I just saw this morning you produced the Laura Groves album. I didn’t know that! I love that one… now I know why!

Bullion: I started my label DEEK Recordings to release collaborations like that.

Lexis: Oh no way DEEK is yours? Didn’t know that either… fantastic work man!

Bullion: We’ve been doing these cover compilations on the label – I ask people to pick a song to cover and we make it together (usually). We’re on our 3rd one, out in September. Then last weekend I was working on a song with Todd Terje – him producing, me singing and playing guitar, so that threw me into a brave new world!

Lexis: It’s really been wonderful to see your growth since we were talking on MySpace all those years ago. So last question, tell me what you have in store for the 10th anniversary show?

Bullion: Yes – always appreciate your support! I’ve never done any kind of live show so I’m in at the deep end with a group of 10 musicians, but they’re all very good so I’m lucky. Raven Bush (Heliocentrics, Mulatu Astatke) and Giles King-Ashong (Mica Levi, Sampha) have got the band together and are transcribing the music from an hour long extended mix I’ve created. Wayne Francis who played sax on my album is in the band, then we have strings, percussion, bass, some woodwind – all you’d expect to play Pet Sounds. It’ll be a combination of traditional performance, samples and some newer arrangements written especially for the show. There’ll be some beautiful visuals to match, too.

Lexis: Well I would have loved to be there. I should have sent a spy to plug a recorder in the board. Wishing you well, happy 10th and keep up the outstanding work! 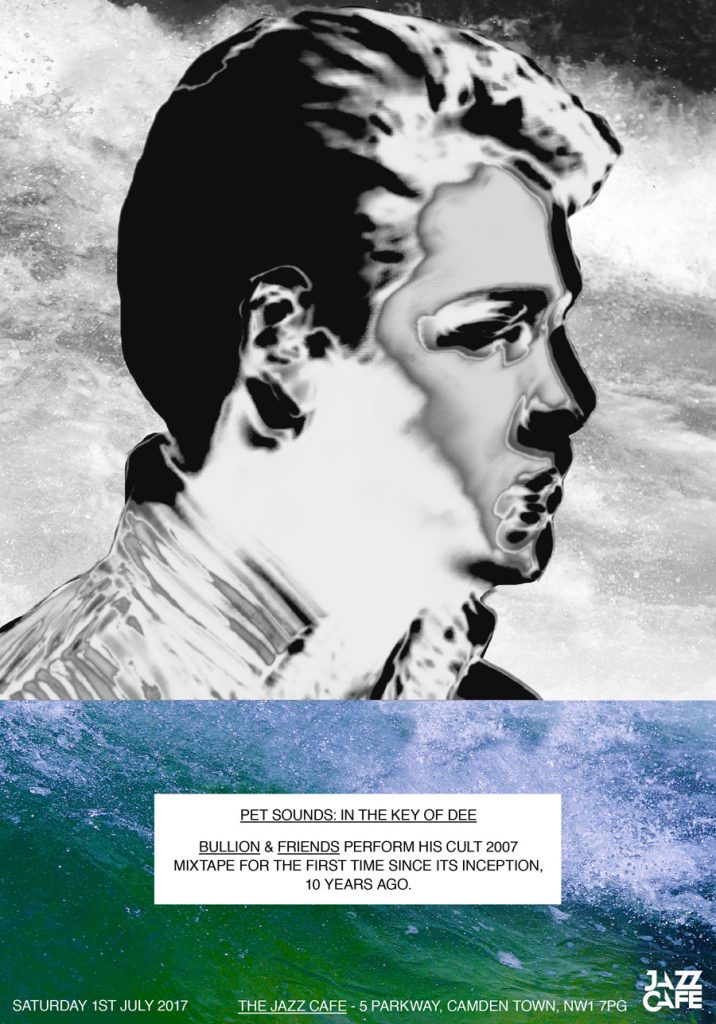 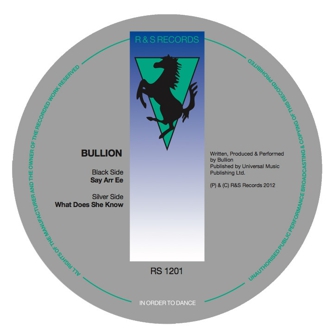 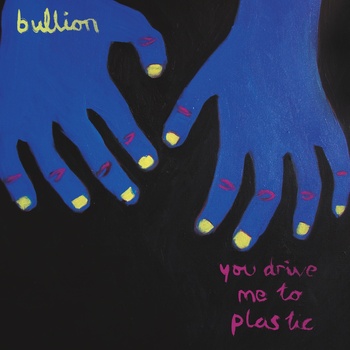 Future Classic: Bullion “You Drive Me To Plastic”