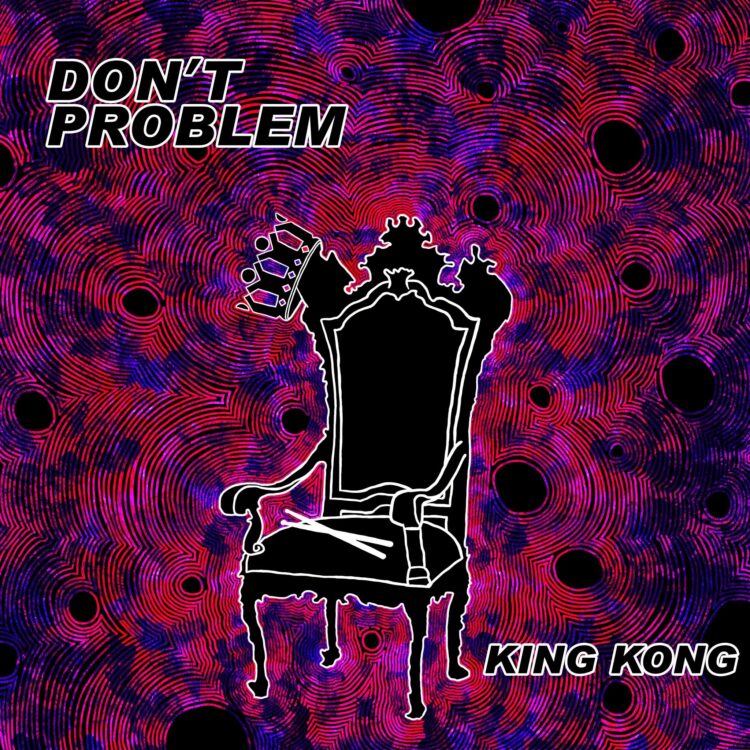 ‘King Kong’ is the collective’s third single after ‘Whale’ and ‘CD’s Lament’. The band tell us, “Often our tunes are written collectively, but the journey with King Kong was a bit different as the core of it was originally written by Sam on trumpet. He wrote this as a tribute to Oberon King, an incredible drummer who he and Seb (baritone Sax) used to play with and sadly passed away at a young age. Sam brought along some of the melodic and harmonic structures and then it evolved in the normal ‘Don’t Problem’ style and direction we like to take. Sam specifically called it “King Kong” because Oberon King was a real force of nature when he was on the drums”

In contrast to ‘Whale’ which was an expression of pure joy, ‘King Kong’ explores heavier sounds, with dark catchy riffs and explosive melodies. The band also adds to the brass core using electric guitars and the trumpet solo is transformed with synthesized sounds.