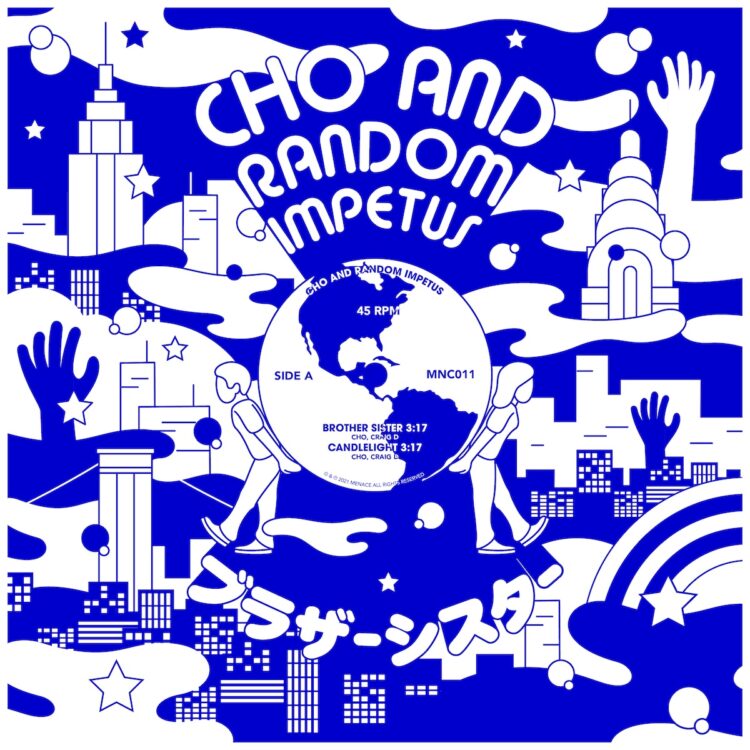 Candlelight remix by legendary Dj Spinna is more electronic and has a unique and very deep vibe ! It gives a new atmosphere to the track ! The very moody keyboard melody stays in the mind for a long time.

Straight out of New York, the debut 7 inch by Cho and Random Impetus was presented by MENACE label and first released in the USA in July 2019. Featuring the two singles “Brother Sister” and “Candlelight”, the EP is a powerful call to humanity.

Previously released on vinyl, this project was directed by Japanese artist Cho and features local musicians. It was recorded in analog, giving the track a very old school vibe by utilizing jazz, funk, soul and disco melodies to create a rich 1970s-esque sound. “Brother Sister”, is a feel-good modern disco that could easily pass as something from the heyday of the genre, and “Candlelight,” another sure-shot tune is a funk groover with its jazzy horn harmonies and strong male vocals.

Many DJs featured the 7 inch record during their sets shortly after its release, including Floating Points, DJ Muro, Richie Medina and many more… becoming a club anthem in New York City.

The record also caught the attention of Paris-based French DJ Hugo LX, who is very close to the MENACE collective and also a genuine funk and disco enthusiast. Offering a remix album for Cho and Random Impetus’ 7-inch record seemed evident for him. He invited DJ Spinna, the renowned hip-hop and house producer from Brooklyn, as well as his long-time friend and collaborator, to join him on the project.

This remixed record actually enters a cycle in Hugo LX’s work, as he collaborates with Japanese artists on a yearly-basis, among others Satoshi Tomiie, Toshio Matsuura, Kuniyuki or Takecha. The Paris-NYC-Tokyo triangle is also key in his work: his music drew many influences from these cities.

Hugo LX remixed the track “Brother Sister” in a style matching the soul, funk, and disco vibes of his DJ sets, with a more contemporary approach. As for DJ Spinna, he delivered a progressive version of the track “Candlelight”: more electronic-sounding, it feels softly psychedelic.