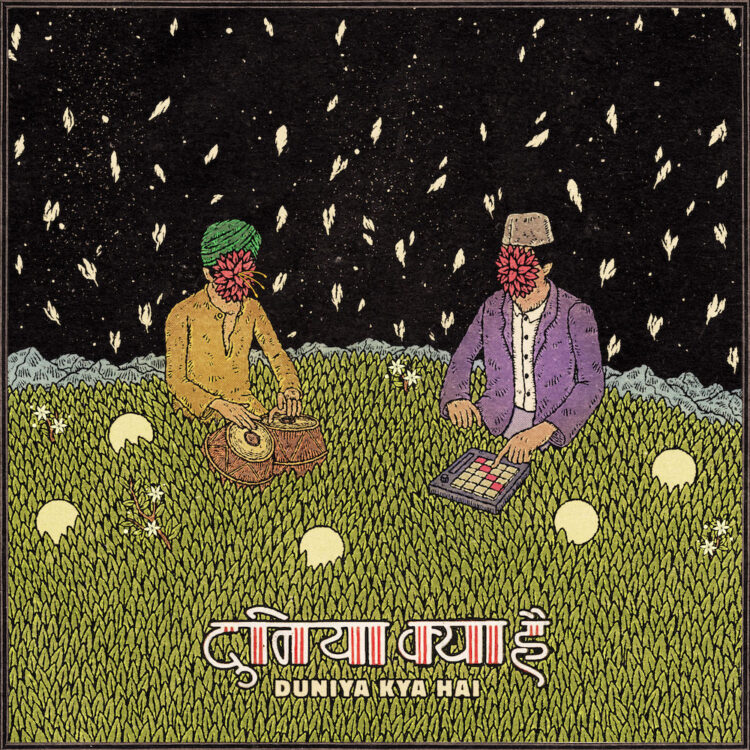 Exclusive Premiere: Lapgan “Where Am I”

Following up on last year’s collaborative EP ‘Spheres’, Chicago-based artist; Lapgan is back with 21-track Beat-Tape ‘Duniya Kya Hai’ for the 4th release of electrocaïne’s X-Series, exploring hip-hop and beats while staying true to the label’s colour.

Duniya Kya Hai is a collection of beats composed almost exclusively with sounds from India and Pakistan. The title loosely translates to “What is this World?” in both Hindi & Urdu. This shared phrase resonates with the artist by questioning his sense of wonder and awe at the beauty of the world, and at other times the exasperation and callousness, endemic to human relations.

The project was conceived after the beat-maker was exposed to familiar sounds and music originating from the Lahore film industry to which he formed an instant connection with. Expressing his unfamiliarity with ‘Lollywood’ he began digging deeper, into both Pakistani and Indian films from the 60’s and 70’s. These soundtracks were crafted in the wake of British colonial control of the region. During this period, both India and Pakistan were struggling to manifest their political footing in the Cold War geopolitical order, resulting in constant military and cultural conflict. On both sides of the border, governments would actively be banning each other’s films. Nevertheless, the sonic and thematic similarities could not be more clear.

Whilst experimenting with new found sounds, the tyranny of India’s current nationalist regime went to new levels revoking Kashmir’s constitutional claims to autonomy. Lapgan began to imagine a world where these lands and their people could peacefully coexist, and in the process bringing this project to fruition — an attempt to showcase the beauty of our shared cultures and the pursuit of harmony that can still be realised.

Duniya Kya Hai wishes to document the shared history and bridge the gap generated by the callous, adversarial and portioned politics of the region. Asking the question ‘Duniya Kya Hai’ — what is this world, who makes it, what is a border? — In hope the listener will perceive and embrace the unity of the human experience that lies beneath national and cultural conflicts.

Lapgan:Lapgan is a Chicago-based beatmaker producer inspired by existentialism and universality. His music spans influences from hip-hop to classic Bollywood. He self-released his first beat tape Badmaash in 2019 which ties together his Indian roots and his ever expanding interest in hip hop and beats. His second release Spheres with megiapa explores a brief meditation on the current state of the Earth.