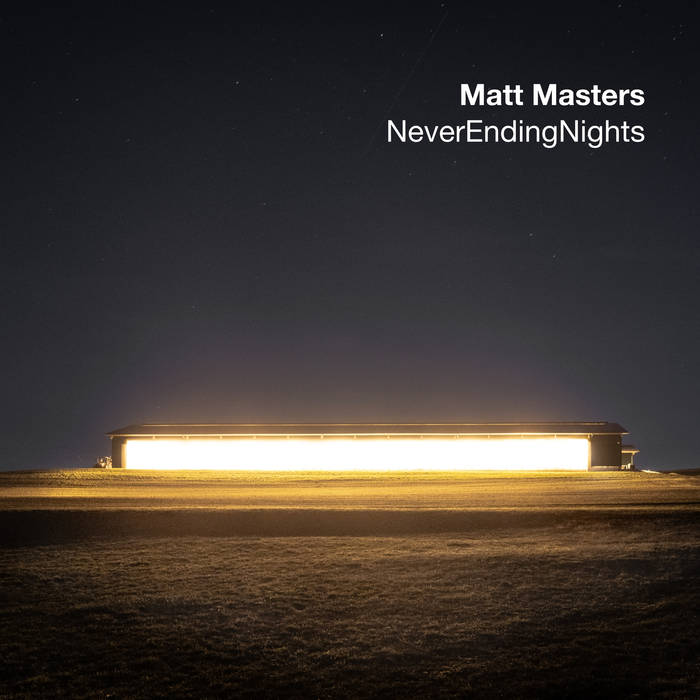 Sometimes it takes a while before you finally get the chance to seize your moment.

DJ and producer Matt Masters has been working for Freerange for around 15 years, presenting their radio show as well as polishing Jimpster’s hi-hats, washing Manuel Tur’s MIDI files and ensuring that all Freerange releases adhere to EU regulations regarding deepness and houseness. Here we present you with his debut long player ‘Never Ending Nights’. Featuring eleven tracks of precisely engineered house and electronica, the LP is a high-quality, pristine project, as befitting someone who has worked for so long at one of house music’s most revered imprints.

Matt is proof that dedication pays off: he’s been asking Jimpster if he can put out an album literally every day for the last decade and a half and the Freerange label boss has finally capitulated, and donning his executive A&R cap to finalise the project. Aside from a couple of carefully crafted downtempo tracks, ’Never Ending Nights’ is dancefloor focused but achieves the ultimate goal of the dance music album, possessing enough musicality and interesting production touches to stand up to home listening too. Matt has also thoughtfully included one track that can be used as a DJ incantation to summon up a horde of sentient headphones to do your bidding.

Perhaps because of the protracted nature of the album’s production, there’s an unhurried confidence to many of these tracks, almost a swagger; big riffs slowly reveal themselves as epic chords unfurl beneath steadily ticking percussion, the assured, contemporary production providing an audio snap-shot of where UK deep house is at in 2019.

Available as an ethically sourced high-end hand-crafted .wav file, an eco- friendly artisanal mp3 or vinyl for those of pensionable age or students who have just cashed their grant cheque, ‘Never Ending Nights’ demonstrates Matt’s versatility in producing both types of music, tech and house.