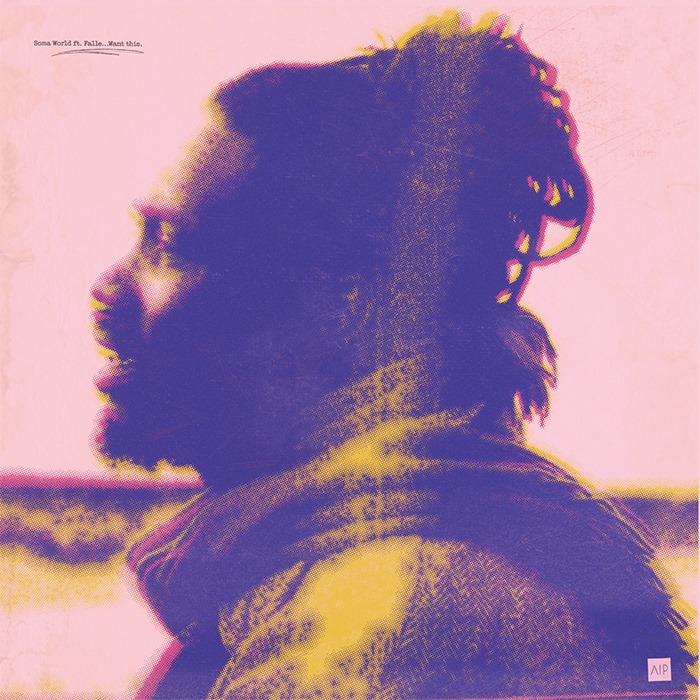 We’ve been excited about sharing this for weeks. Ray Mang’s jubilant remix of Falle & Soma World’s “Want This” for Adventures in Paradise has a timeless quality about it, Balearic disco grooves that just build and build, crowned by Falle’s joyous vocals. “Want This” is destined to rule our kitchen & living room dancefloors until lockdown ends and we can all dance together again.

Vocalist Falle Noike is an accomplished singer, songwriter and musician who has played throughout West Africa and the UK. Currently getting significant play on 6 Music for a release he did with Ghost Culture. Hailing from Guinea, West Africa, he sings in many languages – French, Susu, Fulani, Malinke and his mother tongue Coniagui. As a well known singer in Guinea, he’s been performing for 10 years. Since arriving in the UK in 2018, he’s been picked up by a number of producers, including Johan Hugo, Congo Natty and Sir Was. Soma World is Josh Ludlow and Tom Green who initially met playing in a teenage rock band. 15 years on they formed Soma World over a love of reverb and late night driving. Soma World is the output of their collaborative ambition to push boundaries and make music they will both appreciate for years to come. Their sound is a rich tapestry of their influences from John Maus to 10CC.

Released July 10 on vinyl and digital formats. This Vocal Mix of Mang’s remix will be exclusive to the digital release. The vinyl edition will include the exclusive extended remix, alongside instrumental remix and the original version.