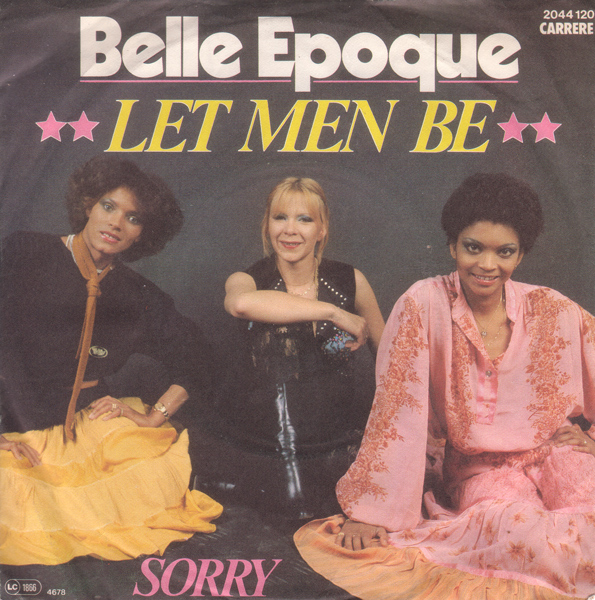 A good friend of mine has a true and soulful heart despite her black only wardrobe, monstrous spiked platform heels and red lipstick.

She is the only girl I know who will play me Ahmad Jamal over a candle lit dinner, without my persuasion. The girl knows the way to my heart! When you take the time to get to know people, they will surprise you. She is a lover of New Wave and House and has expanded my world by showing me a lot of Blues, Jazz and Motown that I’ve never known. We’ve reached a point in our friendship where we can both shamelessly belt the Shagri-Las and Wham out loud together like high school girls stuck in the wrong era.

One evening, after too much wine, we spent several hours playing each other the saddest songs we could find, till we couldn’t hear them anymore. She put on Sorry by Belle Epoque and I was in utter dismay that this was the same band responsible for Miss Broadway, a shining classic Disco tune. Belle Epoque was a leading reflection of late 70’s Disco, like Boney M and Abba, fully equipped with sequin blazers and satin jumpers during performances. This track doesn’t even come close to their usual top-notch Disco cheese, there’s no hyped up synth, no bells, or pitchy screaming ladies, and it’s very unexpected.

Sorry is a ballad that was made for the broken hearted ladies and is one gigantic apology for being human. As a nerdy lover of Disco, I am thrilled this jam made its way into my repertoire. The electric guitar is rock infused, joined with a bluesy piano, and the hoarse vocals and passionate lyrics make for one depressing heartfelt ballad. Evelyne Lenton’s voice is almost hard to stomach, sounding off key and as if she smokes several packs of cigarettes a day, but I really love it, the song wouldn’t be the same without it.

Sorry was released on their album Bamalama in 1977 on EMI Records. 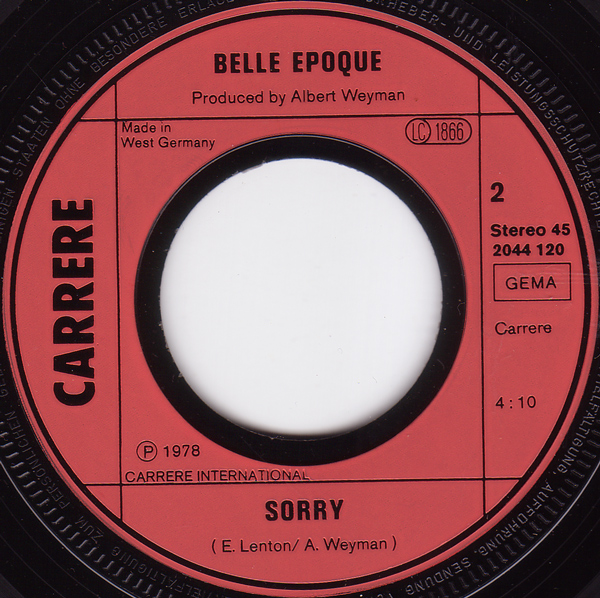 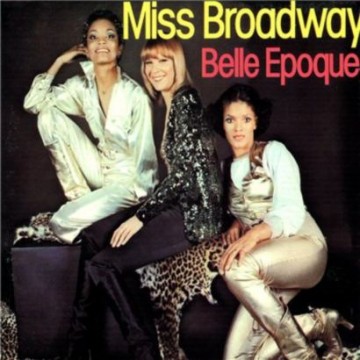