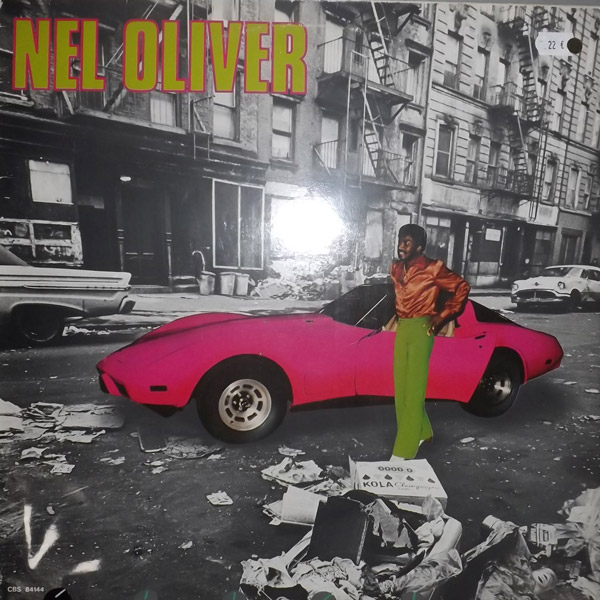 Over the last few years, under appreciated artists like Leon Ware and Leroy Hutson seem to have been rediscovered by a whole generation of new listeners. But another overlooked gem from the early 80’s soulful (last days of) disco era is this self-titled album by Benin singer-songwriter Nel Oliver.

Recorded at Studio Delphine in Paris and released on CBS France sub-label Elver at the very beginning of an outrageous decade, it combines reggae, boogie disco, funk and soul smoothness at its best.

In the late seventies, Nel Oliver first became known for an afro-disco track called Hi-Fi Woman produced by Frank Abel of The Lafayette Afro Rock Band. Moving from Benin to Paris, running his own studio, he starts recording with session players (from Patrice & Jean-Pierre Cinelu to Olivier Hutman) what will become his finest achievement. Just looking at the cover and you imagine you’re in for a treat, a wonderful contrast of flavor and style.

Three tracks truly stand out to showcase the range of Oliver’s talent on this timeless record. The opening cut, In The Heart Of The Ghetto, is a fluid reggae number that has an undeniable groove. From the start, you get the feeling there’s a slight sense melancholy and anguish heard from a distance. I Got A Flash is a funkier song that has a joyful sense of pride and reminds me a little of late seventies era Bobby Womack songs. The last track on the album, You Are My Dream, is an absolutely stunning boogie number with a soulful melody that stands on it’s own. Without a doubt, the highlight of this overall great record.

Still fairly hard to find these days, someone in the near future should really try and get this vintage release available to a wider audience. This one truly stands the test of time.