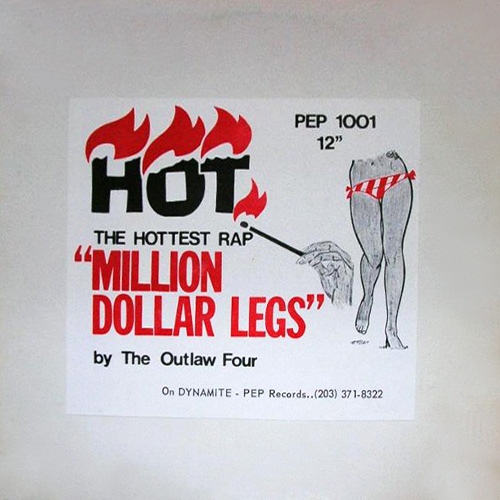 In the lost chapters of the hip-hop history books lie the small contributions to come out of the state of Connecticut. Microscopic when compared to its two neighboring States and members of the Tri-State area (New York and New Jersey) but as all diggers know, there are treasures everywhere!

So here is perhaps the finest, and one of the rarest rap record ever to come out Connecticut.

I’ve mentionned it before but I am always fascinated by artists who only managed one release in their music career. But in the case of the Outlaw Four, they sure made it count with “Million Dollar Legs“, a killer disco-rap 12” which goes for close to 2000$ in collectors’ circles.

This ode to sexy legs of all kinds is an instant party starter with solid MCing, however it’s all about the killer production and drums from Pumpkin, old school’s funkiest drummer! Perhaps one reason explaining Outlaw Four’s short lived career was that they were from Connecticut, a couple hours outside of the epicentre of the burgeoning rap scene that was New York City in the 1980’s. 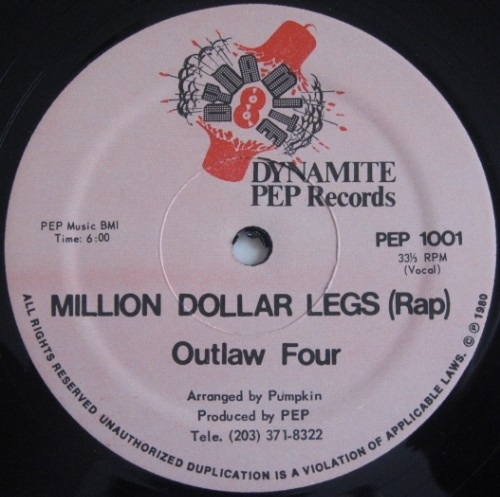