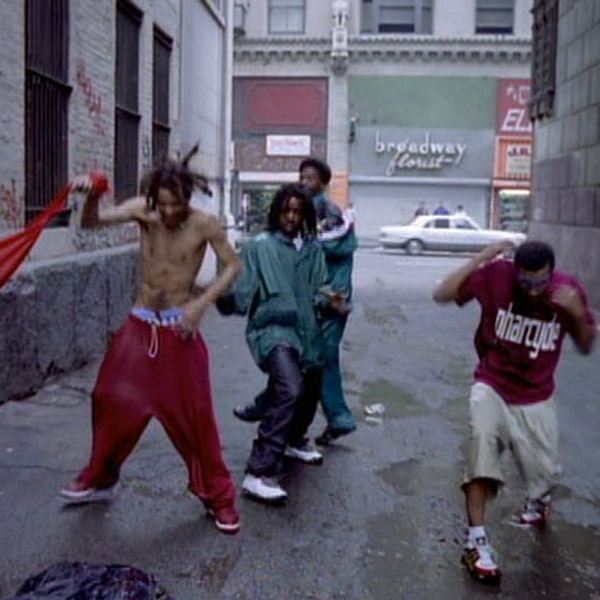 In 1995, at the height of the multi-million dollar rap video craze,  The Pharcyde‘s “Drop” was released with a incredibly small budget but a big idea. It stands to this day as one of the most innovative rap videos ever made.

Most of the 90’s classic over-the-top videos stood out with their budget and absolute megalomania (see: Nas’ Hate Me Now, Puff Daddy’s Victory, Busta Rhymes’ What’s It Gonna Be). But sometimes all of the money in the world can’t compete with a brilliant concept and artistic execution.

Drop’s innovative production by J Dilla was complimented by video director Spike Jonze, at that point already an accomplished music video director, who also went on to direct movies such as Where the Wild Things Are and Being John Malkovich.

Wondering how this trippy video was made? Check out the brilliant making of mini-documentary (below the original) which explains how the video was recorded, then played backwards with the members of The Pharcyde learning the lyrics backwards and performing them phonetically.

The Original Video (by Spike Jonze)

It’s pretty safe to assume that director Spike Jonze got the idea of the backwards concept from J Dilla‘s ingenious production (featuring a looped sample playing backwards) for Drop.

Mini-Documentary on The Making of the Video