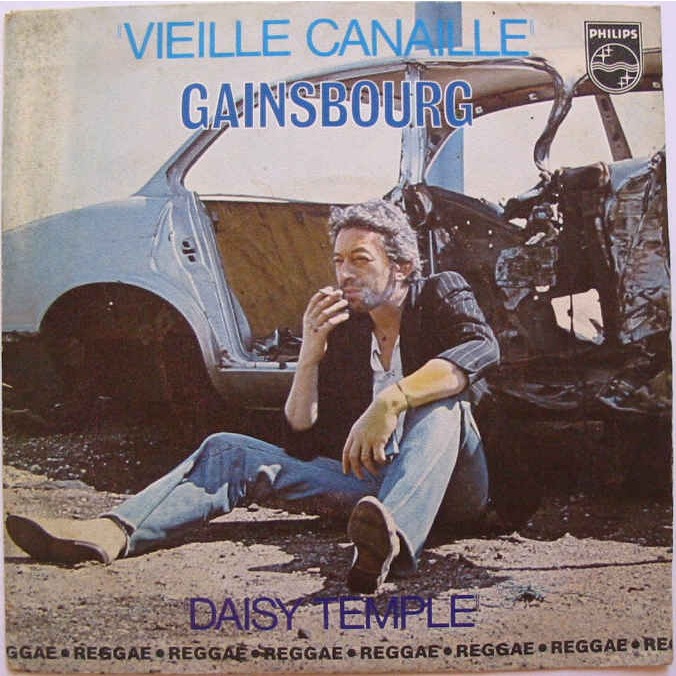 I just watched the bio-pic movie on Gainsbourg and I had to share one of my favorite S.G jams with you all.

Everyone knows Gainsbourg‘s classics “Je t’aime moi non plus”, “Requiem pour un con”, “La Javanaise” and so on… but not enough people know about his reggae record from 1979 called “Aux Armes Et Cætera”. This record wasn’t a flaky attempt at jumping on the reggae trend.

S.G did things proper and recorded the album in Jamaica, backed by Sly & Robbie with Rita Marley and others on the back vocals. For those who aren’t french, “Vielle Canaille” is about a guy getting his girl stolen by his best friend; then killing him and getting mad drunk on his tomb! Gangster shit!