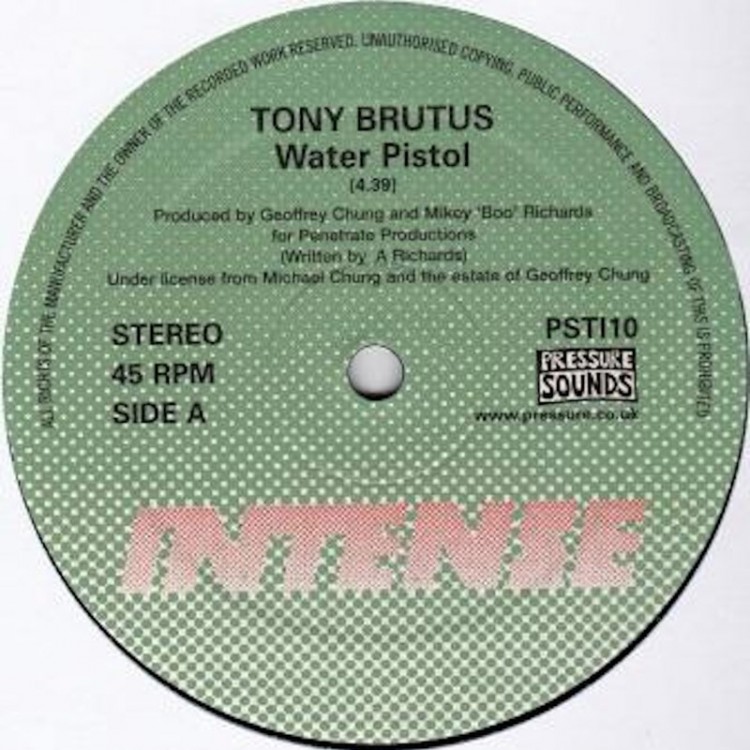 Here is a track meant to be enjoyed under the scorching sun of any big city in July or August. The kind of heat that makes short tempered, desperate people do bad things. But instead of putting Public Enemy in the tape deck and raising the tension, why not calm things down with “Water Pistol” an absolute killer 80’s roots tune.

But you gotta watch yourself when you’re in the big city, as Tony sings: “I went for a walk in Central Park in the city of New York, here comes two criminals who want to take away my gal… I had to reach for my Water Pistol”

I’m always dumbfounded when artists release one song in their career, and it ends of being an absolute classic worth 200-300$ for a copy of the vinyl. What happened to Tony Brutus (real name Anthony Richards) for this to be his only contribution to the music world. “Water Pistol”, a storming early dancehall track, was produced by Geoffrey Chung and the vocalist’s brother Mikey ‘Boo’ Richards and released in 1982 on Intense Records.

Since 1983 this beautiful track had not been repressed until Pressure Sounds stepped in with a limited (500 worldwide) reissue that comes with the Dub version and a previously unreleased Alternate Vocal Version.