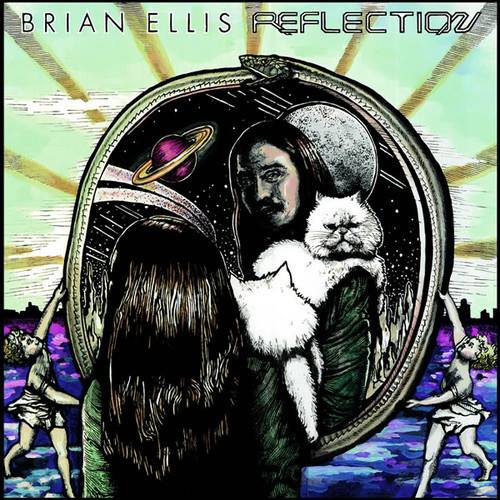 Back at it for another edition of my weekly Voyage Funktastique radio show, plus a special all-vinyl set by ASMA (in the second half of the show), I wanted to play the title track of the new Brian Ellis‘ EP, Reflection, just released a few weeks ago on Voltaire Records.

It’s a hard-hitting, all-in-your-face love song at it’s purest form, with Brian on lead vocals, and on duty on all the instruments (Oberheim DX, Oberheim Matrix 1000, Yamaha CP-25, and Electric Guitar). The man is a beast, and his work ethic is quite astonishing. The whole EP is top shelf material, including the first cut “Love Is” that I featured in a earlier article. “Love is just a game/ Everybody plays it / Sometimes it gets you down / But nothing can replace it”.

Voltaire Records are on a strong come up, and they’ve been working hard to push forward the modern funk movement. Their releases are getting excellent reviews all over the globe, and there’s a lot of new stuff coming out in the near future; you can also catch a guest mix by Hotthobo (Randy Ellis, co-owner/co-founder of Voltaire Records) on the Voyage Funktastique that will air on September 3rd, with lots of unreleased material. Check out their catalog and Soundcloud for more goodies.