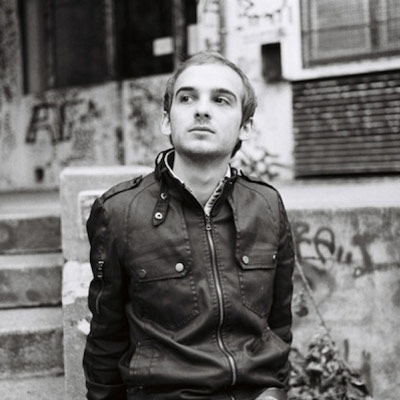 It has become very apparent to me that a lot of contemporary music I hear comes from somewhere else.

Music is re-used, rep-appropriated, sampled, and tweaked and the result is something slightly different and new. Unless you care to know the source, or can recognize it, the music goes masked as its own work, when really it’s so much more layered than what it seems. Most of the time, I have no clue if what I’m listening to is an original piece or a combination of samples, until I have a small musical epiphany or someone points it out to me. From just one track, you can make several discoveries, and it’s pretty remarkable how producers are able to be so creative with samples, fusing them together making them even better than before.

The other night, I had one of those musical revelations while getting more acquainted with French House producer Pépé Bradock. I heard Deep Burnt (KIF Recordings – 1999) for the first time and I realized I already knew it very well. It took my brain a few seconds to connect the dots and then I recalled Le Loup’s “I keep Secrets”.

We actually made a tribute mix covering Pepe Bradock’s discography a few years ago.

I Keep Secrets was released in 2009 off Wolf + Lamb’s Significant Others EP (digital issue) and Le Loup is yet another example of the sweet House talent that France continually offers the world. The striking poetic monologue is what makes the song for me and I wish the tune were longer as I find myself playing it on repeat all the time. Without even knowing the source, the voiceover is obviously from a female perspective regardless of its altered masculine presentation, and is profoundly real if you listen carefully. This entire track is a combination of other works made into one solid House production.

The voiceover is from a hidden outro found on the end of a beautifully dark song called Song For Billy by Ursula Rucker (soundclip below), off her album Supa Sista (Studio !K7 – 2001) and is layered on top of Deep Burnt. I spent an evening researching Ursula Rucker’s music, and she is indeed comparable to Nikki Giovanni and I have much admiration for her conscious spoken words.

To keep on the sampling tip, Deep Burnt is also made up of a few samples. The melodic string loop, which makes up the majority of the song, is from Freddie Hubbard’s jazzy jam Little Sunflower found on his album, The Love Connection (Columbia Records – 1979). The tambourine clap takes from a monumental jazz song by Abbey Lincoln and Max Roach called Driva Man, an enthralling creation that gives me chills and the live video is even more entrancing. Have a peak and listen and get lost in it, I do every time I watch it.

From one song to another, all I can say is god bless sampling and clever intellectual producers who do what they do. It is the most brilliant way of reworking musical history for younger generations and it helps facilitates discoveries and precious rewards if you make the effort to care about it.